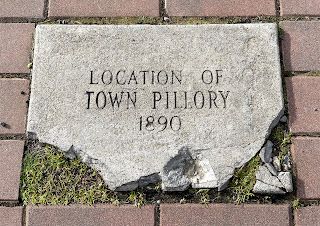 Fortunately, my mental health is vastly improved these days. I no longer beat myself up about reasonable delays. And I don’t let anyone else shame me. 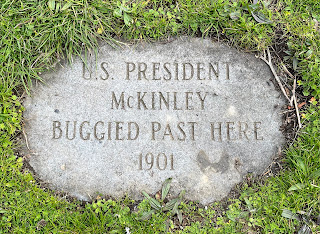 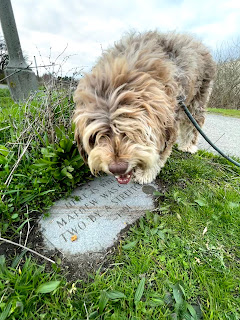 I used to be an awesome procrastinator. College was one long straight-A all-nighter. Eventually I honed avoidance to the point that I could unconsciously gauge the exact amount of time it would take to finish anything just before the deadline.

Becoming a lawyer was a disaster for my mental health in multiple ways. One of the undiagnosed consequences of traumatic experiences in my youth was a case of increasingly operatic writer’s block. Judges, clients, and law partners got used to reading my first-and-final complete drafts.

Eventually I became my law firm’s specialist in Washington appeals. Appellate practice is the most civilized home for a litigator – no messy discovery, jury trials, or frantic emergency hearings. While a case is on appeal, nothing happens for years at a time, other than filing a couple of oxymoronically lengthy briefs. And you can always get another extension of the filing deadline, usually in thirty-day increments.

I believe writers should take as much time as they need to get it right, particularly judges finishing their opinions. I never complain about anyone else’s procrastination.

Practicing before appellate courts teaches you that anything other than the “real” deadline is fake. For years, my colleagues completely failed in their efforts to impose artificial milestones on my writing process. In my defense, procrastination is written into Washington’s Rules on Appeal. According to RAP 1.2(a), “Cases and issues will not be determined on the basis of compliance or noncompliance with these rules except in compelling circumstances where justice demands, subject to the restrictions in rule 18.8(b).”

RAP 18.8(b) imposes a strict limit on extending certain kinds of deadlines, and requires parties to demonstrate such “extraordinary circumstances” that the requested extension is necessary to “prevent a gross miscarriage of justice.” Fortunately this high standard only applies to two situations:  a notice of appeal or a motion for reconsideration of the court’s final decision. After three decades of legal practice, I finally needed to file my first such request just last month. (I asked for the usual thirty days; the Washington Supreme Court gave me ten.) 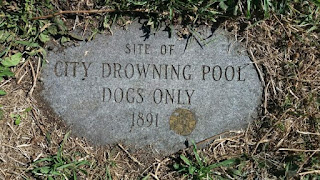 Despite numerous remaining challenges, these days I enjoy the best mental health of my life. My unconscious still unerring identifies “real” deadlines, but now I’m able to pace the writing process. I can finish a complete draft and let it percolate. Sometimes I even file things early. My brain finally recognizes that many “fake” deadlines actually provide useful accountability and structure. 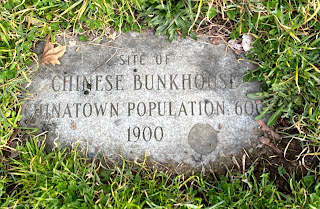 As our Fairhaven walks take us closer to Bellingham’s industrial waterfront, the dogs and I encounter a series of Asian-themed markers:  “Site of Chinese Bunkhouse, 1900 – Chinatown population 600.” “Site of Japanese Bunkhouse No. 5, circa 1903.” And “Chinese foreman traded daughter for a boy, 1908.” 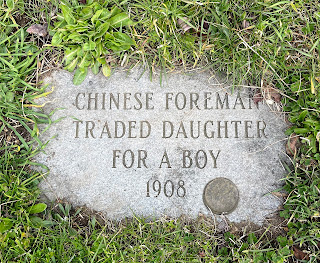 This month a deranged Christian killed eight people in Atlanta, including six Asian-American woman. He shot them with a handgun he purchased that same morning. As Slate reported last week, Georgia law requires women seeking abortions to wait 24 hours to ponder their decision. In contrast, “lawmakers in Georgia trust that people who buy deadly weapons are responsible enough to decide to buy a gun and receive that gun on the very same day.”

My writing coach last year was an Asian-American woman who grew up in the Seattle suburbs. In the days since the Atlanta shootings, Rebecca filled her Facebook page with anguished memes and a painful examination of what Asian and female identity in America suddenly meant to her.

Rebecca’s visceral reaction took me back twenty-two years, to October 1998. I was in Pittsburgh for “Creating Change,” the annual conference of LGBT grassroots activists. I was attending Creating Change that year as Co-Chair of the Equality Federation, the national coalition of statewide LGBT advocacy organizations. During one of our meetings we heard the news about Matthew Shepherd – the gay University of Wyoming student who had been found beaten, tortured, and left to die in a field outside Laramie.

As Matthew Shepard clung to life in a Colorado hospital, the National Lesbian & Gay Task Force organized a candlelight vigil in Pittsburgh. The folks from the Federation’s Wyoming affiliate identified a lesbian activist at the conference who knew Matthew and could speak about being queer in Cowboy Country. Every LGBT advocate at Creating Change had already spent a lifetime combatting the tyranny of the closet – always feeling somehow different, and never escaping the effects of heteronormative privilege. But we didn’t really “know” about homophobia before Matthew Shepard. Events like Laramie, Wyoming in 1998 and Atlanta, Georgia in 2021 expose the unspeakable amount of hate in the world. 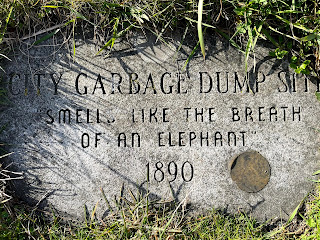 The current meaning of the word “deadline” – “a date or time before which something must be done” – was unknown before the early 20th century. In the 1800s, the word meant something even more unpleasant: “a line drawn within or around a prison that a prisoner passes at the risk of being shot.” The word came into common usage during the Civil War, when newspapers began reporting on conditions at the notorious Confederate prison in Andersonville, Georgia.

In August 1864, a group of Union officers sent a petition to President Lincoln describing the plight of the prisoners of war held at Andersonville:

They are fast losing hope and becoming utterly reckless of life. Numbers, crazed by their sufferings, wander about in a state of idiocy. Others deliberately cross the ‘Dead Line’ and are remorselessly shot down. 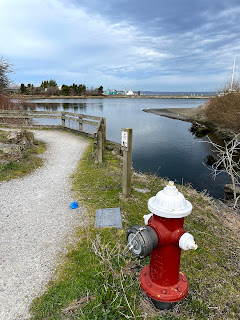 There’s a reason all the historic markers referring to Asian residents are located several blocks away from Fairhaven’s traditional business district. As you follow the path from town to the shipyards and train depot, you’ll encounter a more recent plaque with two messages: 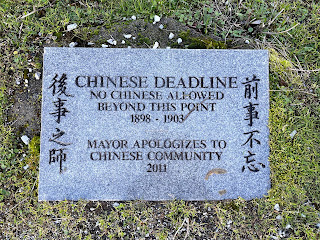 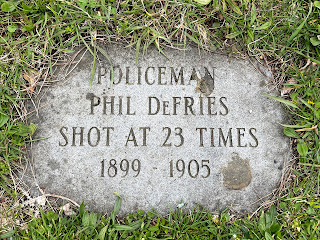 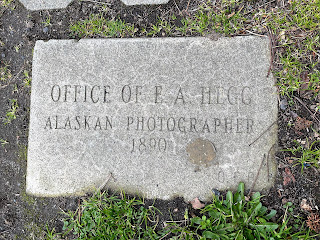 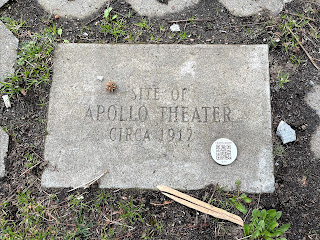 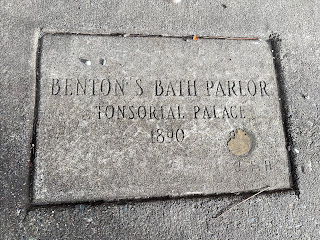 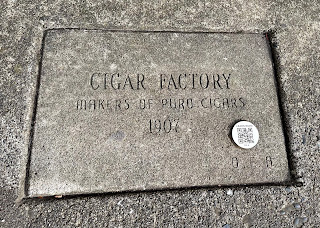 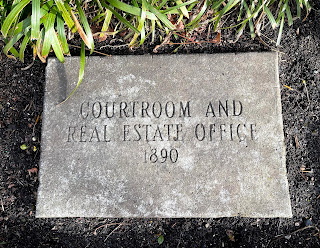 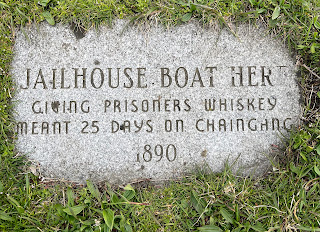 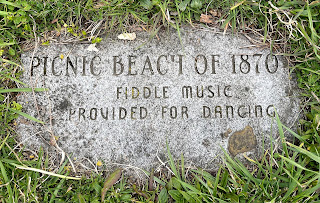 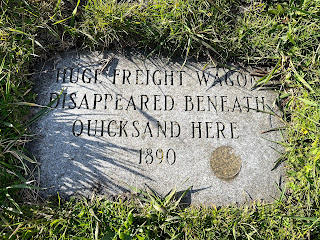 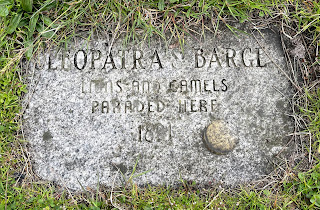 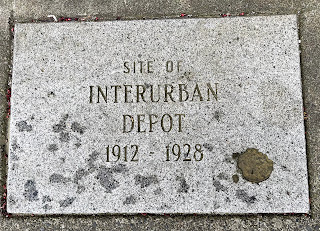 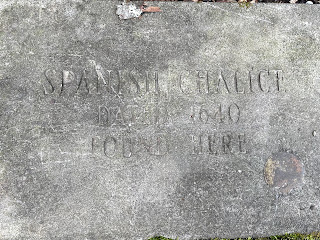