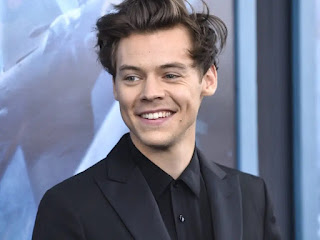 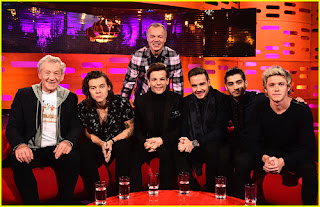 A few years ago, Seattle Men’s Chorus did a concert called “Heartthrobs” as our salute to boy bands. I couldn’t identify most of the singers or song names in the medleys. Apparently I stopped paying attention somewhere around Backstreet Boys to Men.

Eleanor’s crush Harry Styles previously sang in a British group called One Direction. I’m unfamiliar with their oeuvre. However, I have seen Mr. Styles and his fabulous hair – but only because I subscribe to the BBC Comedy feed on Facebook, which sent me a clip from the Graham Norton show. Harry unsuccessfully tried to keep a straight face while Graham confronted him with various tabloid rumors, such as the news that Harry and his former bandmate Liam caught chlamydia from a koala; that Harry had a sexual relationship with Barack Obama; and that Harry’s lovely complexion involves a daily regime of sheep placenta.

Originally Eleanor and a friend were going to travel together to see Harry somewhere back east. The logistics proved impossible. Then they learned he’ll be performing at the Tacoma Dome next month. Unfortunately, Eleanor’s friend can’t go because she has college stuff that weekend. Many tears were shed on FaceTime.

Last weekend Eleanor woke me up to share her new two-part plan. She’s been monitoring the concert ticket resale market, and had a lead on a single general admission floor ticket in “the Pit.” That’s where the true Harry fans gather. The second part of the plan? She’d buy me a cheap nosebleed ticket and make me drive to Tacoma at the crack of dawn, with her gushing and obsessing all the way, so she can spend the day in line for premium entry to the Pit. I’ll spend the day in Tacoma trying to find decent coffee shops where I can write.

I’ve learned the key to happy parenting is “Getting to Yes,” so of course I said yes. As Eleanor pointed out, just last week I’d taken Oliver and his thirteen-year-old classmate to Evergreen Speedway for my first NASCAR race, and I quite enjoyed myself. The people were all so nice – they reminded me of a gay chorus festival. Even the old guy who gave the opening prayer. Plus the young woman who sang the Star-Spangled Banner had such an great voice she made me weep. Or it could be I was staring wistfully at the Canadian flag through the whole song. 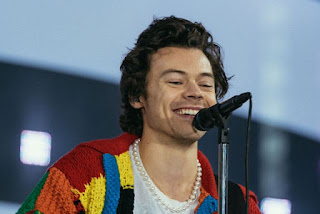 Sadly, Eleanor’s hot lead on a scalped Pit ticket fell through. She turned to her vast social media network for more options. Eventually she connected with the friend of a cousin of a friend who offered a good price and seemed legit.

This is where I became involved in a non-chauffeur role. Eleanor’s summer savings are paying for the Harry experience, but she needed to use one her father’s online accounts to make the transfer. Eleanor started with a list of several popular payment apps I’d never heard of. I told her Harry isn’t cute enough to justify setting up a new account. Then we tried Apple Pay, but discovered I’ve never finished setting it up. We’ll have to wait till I get an iPhone 17.

Eventually we identified a match with the free payment service “Zelle,” which I’d used once before to transfer money to a friend from my Chase account.

Last week in “I am Karen” I wrote about what it feels like when something or someone triggers a PTSD episode. These experiences used be a frequent consequence of wretched customer service. Particularly Comcast’s.

Eventually I learned to modulate my reaction to frustrating interpersonal encounters. But because of the specific nature of my youthful traumas among the Mormons, I still react excessively to terrible service with a reality-denying totalitarian bent. It turns out the only economic sector with worse customer service than telecommunications is banking.

After I sent the Harry ticket payment via Zelle, I got a text message from Chase saying the bank canceled my transaction. After a few frustrating attempts to figure out the problem, we switched to PayPal, which is also linked to the same Chase account. Once again I got a cancelation message from the bank.

Chase has a particularly hellish phone tree. There are at least four separate call centers, presumably scattered across the Indian subcontinent, handling credit cards, checking accounts, online transactions, and fraud. We spent an hour talking to each, or rather we spent an hour sitting on hold with each, only to be told we needed to be transferred to another department we’d already talked to. Each then dropped the call and made us start over. Eventually I became too incoherent for the phone and had to gave up.

I spent the rest of the afternoon on the couch in a post-PTSD coma. When I woke up, Eleanor and I agreed we were scam victims. Eleanor figured out there was never going to be a Harry ticket after the bank transfers failed to go through, and the seller suggested we go to the grocery store and purchase gift cards for her instead. 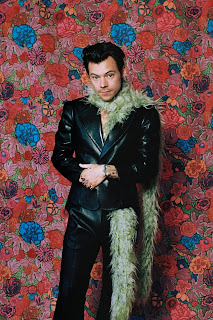 The Eleanor & Harry story has a happy ending. So far.

A few hours later, Eleanor was on FaceTime. Her Harry-resistant friend just started college in a neighboring state. Across the collegiate living room, one of the new roommates was FaceTiming with her high school friend, who was supposed to be another roommate. Instead she changed her mind and went to college in the Midwest. She’d just seen Harry Styles live in Detroit, and was trying to sell her Tacoma Dome Pit ticket. This is how life works in Eleanorland.

Every time I drive on I-5 through Tacoma, I hear a Monster Truck announcer say the words “The Tacoma Dome” in a rumbling voice in my head. I’ve never actually been inside. Supposedly the wooden rafters in the Tacoma Dome’s ceiling create excellent acoustics. Next month I’ll be close enough to judge.

I just hope I’ll be able to see Harry’s sheep-placenta-infused face from my nosebleed seat. 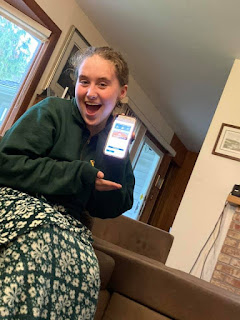