Like ancient Rome – and no doubt every other city with variable topography and a decent PR department – Bellingham is built on seven hills. The kids and I recently moved from Sehome Hill to South Hill. However, this month I’m living across town on Alabama Hill.

I’m housesitting for my parents while they snowbird in Hawaii. My family moved to this house in 1981. That was the year when (a) I graduated from high school in Brigham City, Utah; and (b) my parents belatedly came to their senses and moved back home to the Pacific Northwest. 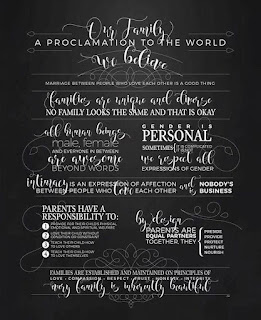 One of the many traits I inherited from my mother is the compulsion to fill every wall in the house with an artistically arranged assortment of family pictures and meaningful art. Like my mother, I no longer have the energy to seasonally rotate displays. (Frankly even Christmas decorations are an afterthought lately.) Nevertheless, we are still sufficiently flexible to add the occasional new item to our permanent collection on display.

This week I noticed an unfamiliar framed poster on the wall in my parents' breakfast nook, next to my temporary computer work station. In flowery script, the title reads “Our Family: A Proclamation to the World.”

I didn’t have my glasses on when I first saw it, so my initial reaction was horror:  “Why did my woke PFLAG mother hang a copy of that especially reactionary Mormon document? Right below the beloved hand-drawn family portrait from 1981?”

Without reading glasses, I could only make out the words “Family” and “Proclamation” amid the print’s illegible cursives and mismatched fonts. I therefore assumed the text was the Mormon Church’s “The Family: A Proclamation to the World,” which I’ve seen on walls in the homes of many conservative Mormons. 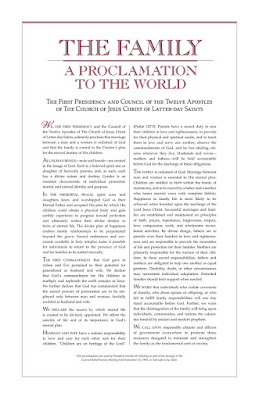 The Mormons’ two highest religious bodies – the First Presidency and the Quorum of the Twelve Apostles – issued their Proclamation on the Family in 1995, at the height of hysteria over the mere possibility of marriage equality. Many states rushed to pass “Defense of Marriage Acts.” You will not be surprised to learn Utah’s mostly Mormon legislators won the race to pass the first DOMA in the country.

The Mormons’ Proclamation on the Family includes innocuous sentiments like “all human beings – male and female – are created in the image of God.” According to the Proclamation, parents “have a sacred duty to rear their children in love and righteousness,” and “to provide for their physical and spiritual needs.”

Unfortunately, the Proclamation also insists on a very narrow vision of what a family looks like:

Children are entitled to birth within the bonds of matrimony, and to be reared by a father and a mother who honor marital vows with complete fidelity.… By divine design, fathers are to preside over their families in love and righteousness and are responsible to provide the necessities of life and protection for their families. Mothers are primarily responsible for the nurture of their children…. God has commanded that the sacred powers of procreation are to be employed only between man and woman, lawfully wedded as husband and wife.

Like the church’s all-male gerontocracy themselves, the language of the Proclamation on the Family comes directly from the era of Ozzie and Harriet. Nevertheless, I barely notice the Proclamation’s pervasive sexism. Instead, I’m inevitably drawn to these words:

“Gender is an essential characteristic of individual premortal, mortal, and eternal identity and purpose.” 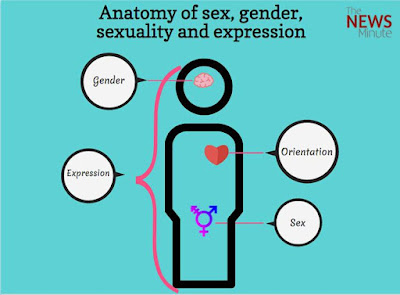 Ironically, the Mormon authors and readers of the “Proclamation on the Family” didn't realize “gender” is not the same thing as “sex.” They probably thought “gender” is just a euphemism for “sex” that doesn’t sound so, well, sexy.

I first focused on the distinction between sex and gender when I was a grad student studying English at the University of Washington twenty-five years ago. Scholars like Judith Butler described gender as a social construct that varies over time and among cultures, rather than a product of immutable biological or physiological characteristics.

But I became particularly aware of the significance of gender identity and gender expression when I became a civil rights advocate. In 1995, when the Brethren were announcing their Proclamation on the Family, I was a LGBT rights lawyer with the American Civil Liberties Union. As Suzanne Pharr notes in the title of her powerful book, homophobia is “a weapon of sexism.” So is transphobia. As a leader in the gay and lesbian community, I was an early and outspoken advocate for transgender and intersex inclusion. Not just in our legal arguments, but in organizations like the national Federation of Statewide LGBT Advocacy Organizations, now the Equality Federation, that I chaired in the late 1990s. 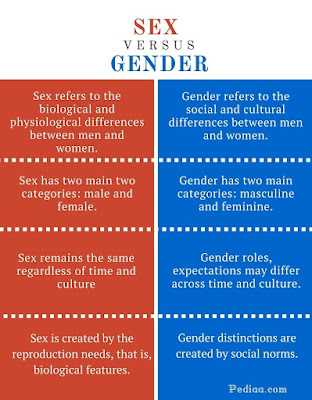 Like many traits, sex is often reduced to a simple binary. The biological reality is more complicated for some individuals – regardless of whether one focuses on chromosomes, organs, hormones, or brain wiring. Even the simplistic chart above hints that “male” and “female” are merely the “two main categories” of sex.

Gender is much more varied than sex. It's also much less reducible to a single binary, or even to a continuum between “feminine” and “masculine.” As with other complex systems, we may emphasize specific aspects of gender identity or expression when dealing with a particular issue. Nevertheless, you may be personally uncomfortable with a framework intended for the vast population who finds it easiest to focus on “two main categories” of both sex and gender. For you, I can offer a friendly nonbinary Gender Unicorn: 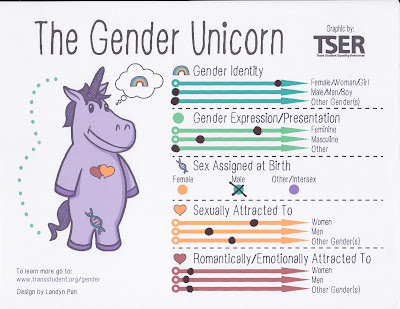 A couple of years ago, my eight-year old son startled me by asking out of the blue, "Papa, are you gay?" The two of us were in the middle of the produce section at the grocery store. I nevertheless launched once again into my familiar "some boys like girls and some boys like boys" speech. Before I could get very far, however, Oliver interrupted me to say "No, the other kind of gay. Do you talk gay?" He then demonstrated a couple of flamboyant hand gestures he’d apparently learned on the third-grade playground.

I quickly switched to an age-appropriate spiel on the evils of gender stereotyping. After hearing there are places on the planet where the men rather than women are the ones who wear skirts, Oliver concluded "I think everyone should just wear jeans."

Several months later, the kids came with me to a Vancouver Men's Chorus rehearsal. On the way out of the building, I introduced them to some of my friends from the chorus. Including Tyler, who is an interior decorator. Obviously.

Oliver decided this was the right time to continue our discussion from the grocery store. We hadn't gotten ten feet before Oliver loudly observed, “He’s gay." 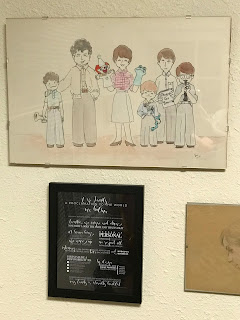 Here are the words you will read on the wall at the homestead on Alabama Hill, below the hand-drawn picture of what my family looked like in 1981. At the time, my three younger brothers were about the same ages as my children are today.

Our Family: A Proclamation to the World

We believe:
Marriage between two people who love each other is a good thing.
Families are unique and diverse.
No family looks the same and that is okay.
All human beings – male, female, and everyone in between – are awesome beyond words.
Gender is personal. Sometimes it is complicated, sometimes it’s not. We respect all expressions of gender.
Intimacy is an expression of affection between people who love each other, and is nobody’s business.
Parents have a responsibility to:
1.    Provide for their child’s physical, emotional, and spiritual welfare;
2.    Love their child without condition or constraint;
3.    Teach their child how to love others; and
4.    Teach their child to love themselves.

By design, parents are equal partners together. They preside, provide, protect, nurture and nourish.
Families are established and maintained on principles of love, compassion, respect, trust, honest, and integrity.
Every family is inherently beautiful.

I’m eternally grateful to be part of such a family. 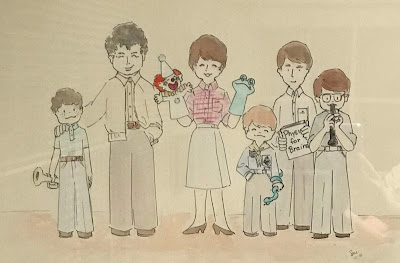 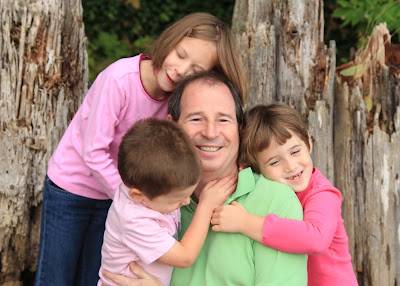