After I graduated from Brigham Young University in English in 1986, I stayed in Provo, Utah, for an additional gap year. My ostensible purpose was to get a master’s degree in linguistics. I’d already completed most of the coursework while I was still an undergrad, so all I really needed to do was write my thesis. (I still haven’t finished it.)

Mostly I spent the year having a secret nervous breakdown after all those years of overachieving Mormon repression. But I also found time for my first kiss (from the red-haired older woman I’d had a crush on for years); teaching freshman English (I still haven’t finished writing comments on that last stack of essays); performing at the newly-founded Hale Center Theatre (I was typecast as the nerdy brother/best friend); and applying to law schools (I turned down Harvard, Stanford, the University of Chicago, and the University of Washington).

At the end of the year, I drove across the country to Yale Law School. There I began the long process of escaping from Mormonism, coming out of the closet, and eventually facing the effects of trauma and codependency. 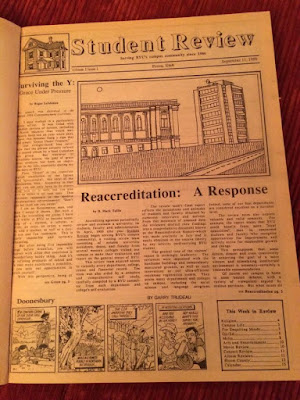 Other than the nervous breakdown, my biggest project that year was the inauguration of BYU’s first independent weekly student newspaper, Student Review.

My roommate Bill Kelly was the publisher and I was the editor. We operated out of our living room, on the second floor of the historic Victorian home pictured on the masthead. Most importantly, we surrounded ourselves with an amazing cohort of Mormondom’s brightest young things. For example, our art-major former roommate Henry Woodbury drew the house and served as Art Director. Last year I published “Three Memories” from my year editing Student Review. 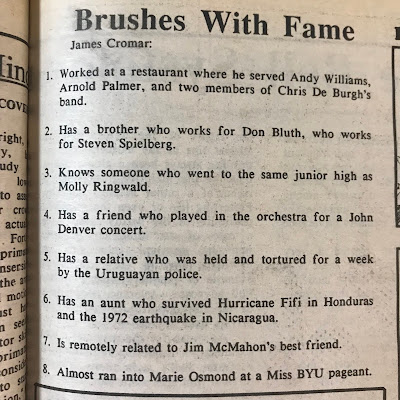 One of Student Review’s most popular features was a regular column entitled “Brushes With Fame.”

When Publisher Bill married Arts & Entertainment Editor Melissa, I had copies of the inaugural year of Student Review bound in hardcover as a wedding present. I also got a copy for myself. This morning I opened it up to pick out some of my favorite Brushes With Fame. 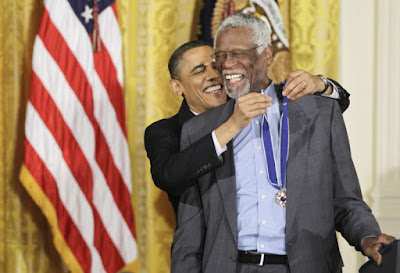 The only time I’ve ever seen Barack Obama in person was during his 2012 reelection campaign, when he spoke at Seattle’s historic Paramount Theater. (Remind me to write sometime about some of my other Paramount memories, from hearing concerts like Sandra Bernhardt and 10,000 Maniacs in the 1990s, to taking my mom to Broadway tours of The Book of Mormon and Wicked, to singing along to the short film “What’s Opera, Doc?” with Seattle Men’s Chorus and Bugs Bunny, to attending Dear Evan Hansen with my daughter and nephew last weekend.)

President Obama spoke at the Paramount the day after he finally announced his support for marriage equality. His timing electrified an already enthusiastic Seattle crowd.

As directed on my event ticket, I arrived three hours early so I could stand in the long security line that snaked through the closed streets of downtown Seattle. Fortunately, one of my lawyer colleagues at Davis Wright Tremaine saw me waiting in line, and invited me to join her family in the VIP section instead. I worked with Karen Russell for years on numerous diversity and inclusion initiatives. Karen is also basketball legend Bill Russell’s very tall daughter.

It was great to finally meet Karen's dad. Unfortunately, after the Secret Service eventually finished processing the crowd, I had to go back to my plebeian seat in the balcony. So I didn’t get to go backstage with the Russells and meet their buddy Barack. I also didn't stay with them at the White House and play NBA All-Star pickup basketball for the President's 50th birthday. But I've seen the selfies.

Coincidentally, when I left Seattle three years later, one of our two straight male lawyers at the Attorney General’s Office in Bellingham was Karen’s nephew and Bill Russell’s grandson. 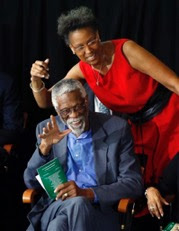 Seeing President Obama and meeting Bill Russell makes for a great story. But it’s not a "Brush With Fame." In fact, you lose points for A-listers and direct contact.

Nor, for example, does it count that I obtained Neil Patrick Harris’ autograph at the stage door after a matinee of Assassins. I intentionally accosted NPH (at my friend Todd’s insistence, of course.)

Student Review would also refuse to publish my name dropping about the cry-baby Supreme Court Justice in my law school class, or the fact that Michael J. Fox, Michael Bublé, and I all grew in up the same Vancouver suburb.

Rather, a true “Brush With Fame” involves just the right amount of brushing. 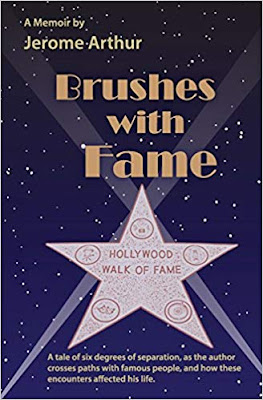 Here are some of my favorite Brushes With Fame that we published in Student Review during 1986-87:

Michele Stone “was at Haagen-Daz in Westwood at the same time as 'Albert' from Little House on the Prairie.”

Vanessa Deene “was looking at watches at Macy’s when Doris Day stood next to her and brushed her sleeve.”

Debbi Swanson “met Rock Hudson when he played King Arthur in an Indianapolis production of Camelot.”

Stephanie Terry “was almost run down in Chicago’s O’Hare airport by a pre-rehab Liza Minelli.”

Marilyn Fix “has an empty pack of Marlborough cigarettes that Kristy McNichol left in her car after getting a ride from her hotel to the Osmond Family Telethon.”

Kristen Page “stood in front of Dr. Ruth in the customs line at the Hong Kong airport.”

Lance Larsen’s “sister arranged the fruit and cheese plate that was placed in Johnny Mathis’ dressing room at a Tupperware Jubilee in Logan, Utah.” 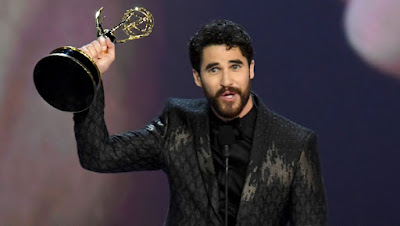 I was thinking about Student Review and our Brushes With Fame column this weekend because at Netflix’s insistence I finally started The Assassination of Gianni Versace. I ended up watching an episode of Sex Education instead, but I can see why Darrin Criss won the best actor Emmy for playing gay serial killer Andrew Cunanan.

The last time I visited New York, I was on my way to our law school twenty-fifth year reunion. After seeing Sleep No More, I went as usual to my favorite Greenwich village piano bar to belt out showtunes until 4 am.

Earlier that evening, gay pianist/chanteuse Michael Feinstein had taped a holiday special at Lincoln Center. Afterwards he brought several of his tuxedoed guests to the bar. I can therefore report the following:

“Darren Criss touched me on his way to the bathroom at Marie’s Crisis.”

If that isn’t a Brush With Fame, I don’t know what is. 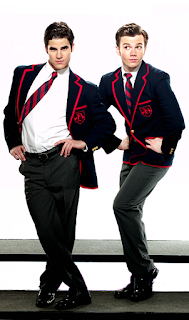