Several years ago, a friend posted a cheery selfie from his sunny hospital bed after a surprise appendectomy. A day later, someone else posted the report to Facebook that our friend had died from complications after surgery.

In February, Eleanor had a sports injury that didn’t heal. In October, she had arthroscopic surgery to repair a labral tear in her hip. I sat in the waiting room, trying to read or write while my daughter was under general anesthesia.

I am not a superstitious person. But I didn’t post a picture to Facebook until after it was all over.

My first paternal vigil was at Seattle Children’s Hospital in 2005. When Eleanor was a month old, her infant gastric reflux spiked. Whole bottles of formula ended up on her fathers, and she stopped being her happy self. Our pediatrician assured us this was perfectly normal. But it kept getting worse. Eventually we took her to the walk-in clinic. They immediately sent us across town to the emergency room at Seattle Children’s Hospital, where Eleanor was diagnosed with pyloric stenosis.

The pylorus muscle connects your stomach to your intestines. It’s the valve at the opposite end of the stomach from the esophagus. In something like one in a thousand babies, the pylorus closes completely a few weeks after birth. Anything you try to put into the stomach just comes back up. In the old days, infants with pyloric stenosis soon died. Fortunately, a century ago surgeons figured out how snip the pylorus and get things flowing again.

It took three days in the hospital before Eleanor was hydrated enough for surgery. When she was finally ready, the surgeon explained to us what was about to happen. Then he and Eleanor disappeared behind the ominous doors, and the rest of us went around to wait on the other side.

My friend Michael is a distinguished anesthesiologist. I met him when we served together on the Seattle Men’s Chorus board. Although Michael isn’t a singer, he traveled with the chorus on our successful Rocky Mountain tour. So did one-year-old Eleanor. Over the years, Michael has given his Facebook thumbs-up to countless pictures of my daughter as she’s grown into a graceful and confident young woman.

Michael is an avid traveler with long legs and an aversion to flying coach. Although I’ve been immobilized by parenthood and disability, I’ve traveled vicariously as Michael and his husband Ron voyaged across the globe. Michael regularly posts pictures to Facebook showing his legs happily extended in First Class, or begrudgingly squeezed into an economy row. Last month we saw a picture of Michael’s legs comfortably resting on a British Airways flight to Barcelona. He and Ron were on their way to board a cruise ship for a trip around the world in celebration of their 42nd anniversary.

The next day, Facebook reported that Ron suddenly collapsed and couldn’t be revived. As Michael himself reported, “The sad news has already been mentioned, but I’m devastated to say that with no warning, the Husband suddenly collapsed and couldn’t be revived by the valiant efforts of the Spanish paramedics. I’m now dealing with the local medical examiner, the US consulate and at least one funeral home. A million thanks to those who have reached out already.”

Michael is a social creature with countless friends. Ron was quieter. I mostly knew him from references to “the Husband” in Michael’s Facebook posts. However, I know anyone living and traveling together with Michael for decades will see wondrous things. Ron had a wonderful life, then a sudden death in Barcelona.

Michael managed affairs in Spain then returned to Seattle – terribly alone, yet surrounded by friends. Michael’s next Facebook post said “I’m absolutely gobsmacked by the outpouring of support and affection from hundreds of friends and family.”

Last fall I sat in another waiting room while our next-door neighbor operated on Eleanor’s nose to correct a deviated septum. (Another sports injury, don't ask.) Afterwards I came back to sit with her as she emerged from anesthesia. I had to sit for a while – they wouldn’t let her leave the building until her blood pressure came down. The nurse spiked her IV drip with a couple of different hypertension medications, to no avail. So she gave Eleanor a hit of fentanyl.

It was eye-opening. For me, not Eleanor – I watched as her eyeballs rolled back and her blood pressure immediately dropped. In the car afterwards, Eleanor said she hated how the fentanyl made her feel, and she never wants to try anything like it again.

As a parent, I found nose surgery provides a wonderful “Just Say No” moment.

At Eleanor’s recent hip surgery, I was invited to the pre-op area as the nurses got her ready. Her handsome surgeon stopped by, too focused on business for the kind of charming chit-chat we enjoyed during our introductory meeting a few weeks before.

Before returning to the waiting room for another paternal vigil, I also met the anesthesiologist. His spiel was soothing, but a little too polished. He told us the odds of complications were one in 250,000, and said Eleanor was at less risk during surgery than during her car ride to the hospital.

Never tell me the odds. As I observe Michael grieve the sudden loss of The Husband after forty-two years together, I think of my sister-in-law in Canada, who sleeps on the couch across the living room from the hospital bed where my younger brother is confined by Stage IV spine cancer. And I watch my parents across town growing old together as they celebrate their 60th anniversary next year.

Wherever we find love, probability is not destiny. Life is fragile and precious, with no guarantees. And no day but today.

I recently read Pathological: The True Story of Six Misdiagnoses by Sarah Fay. The New York Times Book Review described the book as a “fiery manifesto of a memoir.” Like other critics of what has been called the “Mental Health Industrial Complex,” Fay challenges two dangerous aspects of modern psychological treatment. First, too much weight is given to the Diagnostic & Statistical Manual’s taxonomy of specific mental disorders. The DSM began as a helpful resource for practitioners. Unfortunately, its rigid categorizations can take on a life of their own, usually without the support of valid data. Rather than being seen as individuals, patients are reduced to labels and insurance codes.

Second, market forces and Big Pharma have corrupted medicine. Pharmaceuticals became the default answer to every mental health question, causing numerous disasters including the opioid epidemic. In Fay’s case, her fifth psychiatrist prescribed Zoloft along with a new diagnosis. No one knows what powerful drugs like Zoloft and Prozac actually do to the human brain. For many individuals – including Fay and me – Zoloft offers magical relief to various debilitating symptoms. For other individuals in similar circumstances, the same drug may have no effect.

I was lucky. As I wrote in “Breaking the Glass,” I like to compare Zoloft to cartoon dynamite. The most alarming effect of amped-up stress had been on my temper around the kids. Every little mess was making me uncharacteristically angry. On medication, my fuse feels a few inches longer. Just enough to avoid explosions.

When Fay’s next psychiatrist gave her a new diagnosis, he insisted she end her reliance on Zoloft, because the drug was no longer indicated as part of standard treatment. Fay gradually tried reducing her dosage. But every time she approached zero she was wracked with horrifying withdrawal symptoms. She needed to stay on Zoloft to avoid side effects she never experienced before someone prescribed Zoloft for one of the six serious DSM diagnoses she received (none of which involved traumas or triggers).

Eventually Fay took control of her own treatment:

“I found the right combination and dosage of medications, which is like finding the slimmest of needles in the largest of haystacks at the end of a rainbow after winning the lottery.”

For years, I relied on the maximum dosage of 200 milligrams of Zoloft daily. A couple of years ago my amazing Bellingham physician Dr. Heuristic and I agreed it was time to taper down. I plateaued at 100 milligrams for a few months. Then I made it down to 25 milligrams. However, every time I considered letting go completely, some new life crisis erupted, and I would lose my nerve.

This year began with the usual stress at home and in the world, plus crises and/or disasters in several of my ongoing legal matters. Nevertheless, I decided it was time to let go of Zoloft. Fortunately, unlike Fay, I didn’t experience withdrawal or side effects.

In his classic treatise on trauma and its effects, The Body Keeps the Score, psychiatrist Bessel van der Kolk levels some of same criticisms at his profession that Fay addresses in Pathological. Dr. van der Kolk observes “people have always used drugs to deal with traumatic stress,” and recognizes pharmaceuticals are an essential treatment tool. Nevertheless, in the particular context of Post-Traumatic Stress Discorder and Complex PTSD,

Drugs cannot “cure” trauma: they can only dampen the expressions of a disturbed physiology. And they do not teach the lasting lessons of self-regulation. They can help to control feelings and behaviour, but always at a price – because they work by blocking the chemical systems that regulate engagement, motivation, pain, and pleasure.

Since my PTSD diagnosis, I’ve spent thousands of hours meditating. Through writing I’ve learned to think clearly. I’ve finished a broader and more substantial psychology and neurology reading list than most grad students. Bear and I walk six or seven miles every day. I had a 3.7 Wordle average in November. I spend as much time as possible in Vancouver with my chorus brothers or walking on the Stanley Park seawall. I’ve placed my family at the center of everything.

After letting go of Zoloft, I was able to open myself up to tears of joy and sorrow. Of course, this also means that my emotions are more vulnerable to stress and triggers. I’m an unemployed disabled gay single dad who lives across the border from home. Every day I deal with triggering conduct by abusive lawyers. It should come as no surprise that even with the benefit of my shiny set of mental tools, my family has observed some fuse-shortened emotions lately.

I don't want to go back on Zoloft. So Bear and I are going for another walk. 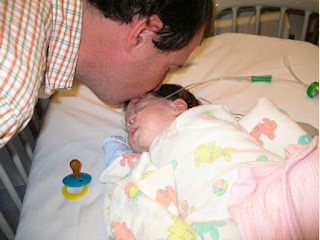