The Empiricists Strike Back 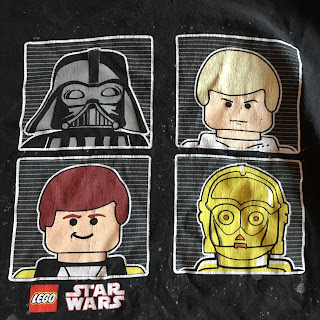 When I was a young lawyer at my first big Seattle law firm, my colleagues had a Roger drinking game. The challenge was to identify a conversation topic that would reduce me to silence. I don’t think anyone ever won – I was willing to offer emphatic opinions on virtually any subject, from quantum physics to rugby, regardless of my lack of knowledge.

My foolhardy confidence can be attributed to a couple of things. First, I was finally drinking alcohol after twenty-five years of Mormon prohibition.  And second, I had just graduated from Yale Law School.

At normal law schools, where teachers assign real grades, the students attempt to master various substantive areas of the law. In contrast, at Yale our professors taught us to derive everything in the universe from a few first principles, using pure reason. Those Yalies who deign to become lawyers learn “the law” in expensive cram courses shortly before the bar exam. (University of Chicago grads also try to use reason to derive everything, but from the wrong principles.)

With deductive reasoning, you reach a specific conclusion by applying the fundamental rules of logic to an inherently limited amount of information. In the history of ideas, philosophers who prioritize reason are called “Rationalists.” Here is an example of deduction: “I drive a battered Kia minivan” + “I went to Yale” + “Only soccer moms drive a minivan for 149,737 miles, long after all three kids outgrew car seats” ⇒ “I am a Jewish soccer mom.”

In contrast, with inductive reasoning you hypothesize general principles based on specific observations. The focus is on the evidence you gather, not the reasoning process. Philosophers who prioritize the role of evidence are called “Empiricists.” Induction allows you to make predictions with varying degrees of probability when applied to particular situations:   “42 of the 57 nebbishy guys in the YLS Class of 1990 are Jewish” ⇒ “There’s a 73.7 percent chance my last name is spelled ‘Leischman,’ not ‘Leishman.’”  [Ed. note: the Leishmans, i.e. Clan McLeish, actually emigrated from Scotland to Utah in the 1850s, not from Ukraine to New York in the 1890s.] 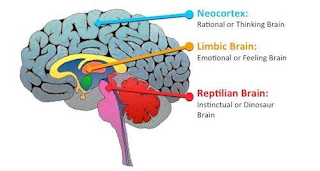 No one ever has perfect information. Human brains evolved to combine a spiffy new rational frontal cortex with the older animal limbic brain and the ancient reptilian lobes beneath. We are wired to make decisions and/or initiate automatic reactions without waiting for all the answers.

Management gurus like Amazon founder Jeff Bezos recommend making 100% of your decisions with no more than 70% of the relevant information. More cautious leaders, such as Colin Powell, agree with the 70% ceiling, but suggest you should defer decisions until you have acquired a floor of at least 40% of the relevant information. (I assume he was talking about his first war with Iraq, not the second one.) General Powell never taught at Yale Law School.

Numerous human interactions require spontaneous responses – from witty cocktail chatter and oral argument on appeal, to comic improv and staying in the closet. Deduction is a much sexier parlor trick than induction. Sir Arthur Conan Doyle never described Sherlock Holmes patiently waiting at 221 Baker Street for the editor of some peer-reviewed medical journal to confirm Dr. Watson’s blood-splatter data set was sufficiently large to justify a two and a half percent margin of error. Instead, employing deduction, Holmes tells the Inspector to arrest someone familiar to members of the victim’s household because of “the curious incident of the dog in the night-time.”

Inspector: "The dog did nothing in the night-time."
Holmes: "That was the curious incident."

My first memory of Sherlockian deduction comes from a childhood visit to my great grandmother in Salt Lake – my mother’s mother’s mother. I had been sent to fetch some basic household object, like the salt and pepper shakers. I looked around the strange kitchen, closed my eyes, visualized where my mom would have put them if this were our house, and opened the correct cupboard.

As with most gymnastics exercises, deduction is more fun with an audience.  At my first Seattle Men’s Chorus rehearsal seventeen years ago, the Second Tenor seated next to me told me his name was Todd Feldman. Recognizing that ol’ MOT look in his eye, I introduced myself with “Hi, I’m Roger Leishman – but I’m not Jewish.” Todd almost fell off his chair, amazed by my mind reading. [Ed. note: “MOT” means “Member Of the Tribe.”]

Mental McGyvery is more impressive the less information you have to work with. If you’re too risk averse to try deduction in public yourself, you should rely instead on ostentatiously researched inductive reasoning. It increases your accuracy, while giving you a face-saving out when you turn out to be flat wrong.  (Plus you can always pull a Nate Silver and gloat over your own near-non-inaccuracy compared to all the other even-more-wrong people.)

Masters of sophistry effortlessly pivot from deduction to induction without anyone noticing they might have been wrong about something. Grand Masters never need to pivot, because they are never wrong.

In recent years, I have developed an unYalielike interest in data. It’s probably a symptom of logomania. Or the proliferation of top ten lists and Buzzfeed surveys online. In general, more data leads to superior reasoning, and more accurate conclusions. So I've amassed a couple of bookshelves filled with Freakonomics, probability treatises, and Malcolm Gladwell-esque pop psychology books.

As logomaniacs compulsively look for patterns, part of our challenge is to make sense of the world in light of our own observations and experiences. For example, since 1990 I’ve checked for impairments in my judgment by regularly making a mental list of the hottest guys around me. I'm still a Sherlockian Yalie.  But the era of Big Data has astronomically magnified the kalaidescope I see the world through.

It’s not just me. Data is trendy, from statistically-based websites like Nate Silver’s 538, to books and movies like Moneyball, which tells how data-driven analytics have changed professional sports. So  there’s the obligatory counter trend of articles about the potential dangers from fetishizing data.

Fortunately, I’ve always been a pragmatic skeptic. I try not to fetishize either reason or data. To the contrary, most of the volumes on my behavioral economics bookshelf are about the limits of data, reason, or both. My favorites tend to be when the data reveals a different answer than the one “reason” would have suggested. Over time, the best cocktail chatter focuses on some strange wrinkle in the pattern. 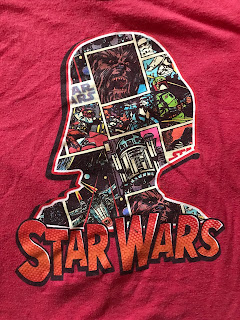