If I pose the question “What is Roger’s type?,” everyone who claims to know me will leap out of your chairs and shout the same one-word answer.

Don’t deny it, I heard your shouting from here. No doubt Facebook’s servers just recorded a huge spike as well. So let’s all just say the word out loud together:

I’ve given up arguing with you people. Instead, I’d love to hear from strangers who know me only from my writing. (1) What was your answer to the question “What is Roger’s type?”; (2) What did you guess all my so-called friends would shout?; and (3) Will you be my friend, because I need some new ones?

I’ll admit my rotten friends are not alone in their smug, inaccurate stereotyping. Whenever the kids aren’t around to provide structure and meaning to my life, I forget to eat. My parents regularly invite me across town so they can inspect me for signs of scurvy. Last week when the kids were with my ex, I enjoyed a lovely evening chilling at my parents’ house. My dad grilled steaks, while my mom grilled me about my recent progress. I shared some psychobabble insight I’d recently read about how codependent people have a tendency to get trapped in toxic relationships with narcissists. I told my parents I’d want them to do an intervention if I started dating a malignant narcissist.

My mother made that quiet judgy noise she is famous for, then responded: “We’re much more worried about the age thing. We’d do an intervention if you date anyone under 40.” 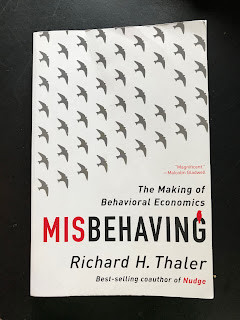 Economics is the asterisked Nobel prize. First awarded seventy-three years after the “real” prizes for Peace and Literature and Stuff, it’s is actually called the “Swedish National Bank Prize in Economic Sciences in Memory of Alfred Nobel.” No dynamite was involved in the prize’s creation.

Thaler is an asterisked economist. He’s one of the founders of “behavioral economics,” which examines how people make decisions in real-world situations. This summer I read Thaler’s memoir, Misbehaving, which is a charmingly self-deprecating history of academic economics over the last forty years. Thaler starts by describing his best quality as laziness, then belittles his intellect. Every chapter includes a shout out to at least one of Thaler’s smart economist friends, all with Nobels on their shelves already.

When Thaler began his career, economic giants from John Maynard Keynes’ generation still walked the earth. They offered beautifully logical Theories – the efficient market hypothesis, supply and demand equilibrium, Lasser curves. Most Theories had to be taken on faith without waiting for evidentiary proof, because back then an IBM mainframe computer had less processing power than my son’s hand-me-down iPhone 5S.

Data has exploded since the 1970s. Even ancient data has exploded – someone (a sleep-deprived grad student? a Malaysian child? a robot?) has digitized decades’ worth of Dow Jones minutia. Meanwhile, Thaler kept a running list of situations where he’d observed people consistently doing something economists consider irrational. Working with psychologists, Thaler and his colleagues designed experiments and gathered data identifying and quantifying these patterns of “misbehaving.” It turns out humans lack respect for economists’ beautiful Theories. Instead, real people are short sighted, inaccurately calculate risk, resist needed change, and lack self control.

For example, a normal economist will run the numbers and tell you when it’s the right time to cut your losses and walk away from “sunk costs.” In contrast, Thayer’s behavioral economists, like any real human, will tell you it’s always the right time to pay $112 a month for a storage unit full of stuff you know deep down you’ll never use again. 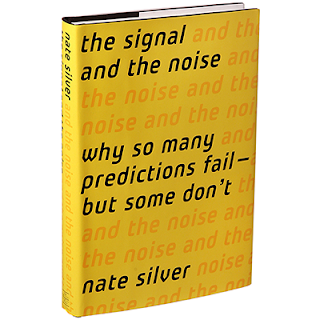 In addition to being a hot gay nerd  – the subspecies Jack on Will & Grace once referred to as "the rarest of the gays" – Nate Silver is an effective promotor of both rationalism and empiricism. Silver moves from politics to sports and back, but he’s most known for his work analyzing polling data. Formerly hosted by The New York Times, Silver’s 538 website currently is part of ESPN.

Like Thaler, Silver has made a career out of identifying quirky weaknesses in accepted prediction models. His background is in statistics and big data, but he’s also skilled at translating numbers into words. In contrast, I’m an English major – I gush about the abstract beauty of mathematics, but I wouldn’t want to touch any actual numbers myself. Which is another reason we’d make such a good power couple, because I’d get to be the right brain for once.

The title of Silver’s book refers to the challenge of hearing any meaningful signal when it’s being drowned out by so much misleading noise. With the background din of Big Data as well as misdirection from the various human fallacies identified by Thaler and others, we see or create a lot of patterns that fail to accurately model reality. Nevertheless, Silver insists the truth is out there. We need to keep learning from experience, even as we acknowledge the inherent limitations of both perception and reason in our continuing search for meaning. 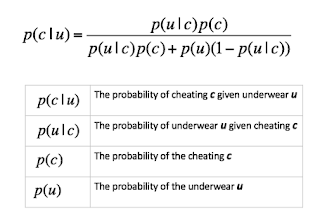 For numerous reasons, some of them moderately healthy, men in my family have difficulty asking direct questions. Nevertheless, sometimes the best way to obtain information is to ask someone. Whenever anyone asks me the question “What’s your type?,” I answer something like this: “smart, funny, talkative, kind, responsible, and lean.”

Two things about that list should jump out at you.

First, which one of these traits is different from the other five? Answer: Duh. Anyone can learn to be smart, kind, and responsible. Add a little substance abuse, and even an introvert can also be funny and talkative. In contrast, staying lean over the long haul generally takes good genes and/or hard work. [Ed. note: or you could limit yourself to other messed-up guys with mild eating disorders.]

All you “Young!” shouters were fooled by multiple logical fallacies, including (1) hasty generalization and (2) mistaking correlation for causation. Yes, over the years you may have seen me at the theatre with the odd floppy-haired bohemian 20something – but have you ever seen me holding a Playbill next to a pudgy guy? Even one with great hair?

Statistically, younger guys are most likely to be lean. That’s even true with the gays, although the correlation is more obvious with straight guys as they age. (I hate to perpetuate cruel stereotypes, but I’ve been to college and law school reunions.)

Despite the distracting youthful noise, the lean underlying signal should have been obvious. You’ve heard me refer to my boyfriend in Chicago as “Skinny Pharmacist.” Nowadays he has a dad bod, which is appropriate because now he’s a dad. But so do I/so am I. (Apparently we’re all the rage these days.) Meanwhile, I’ve never dated “Beefy Architect,” "Bear-ish Barista," or "Rotund Philosophy Professor."

More demographic data: A slim majority of my serious relationships, including Skinny Pharmacist as well as my kids’ other dad, involved guys who are ten years younger than me. The next largest group are guys around my age. Only then do you reach the smaller, more embarrassing cohort of flakey millennials. Nevertheless, they’ve managed to convince the rest of you it’s all about them. Millennials are even more obnoxiously self-absorbed than my true nemesis, Baby Boomers. (Notice which demographic group has yet to make the cut).

In addition to my Boomer boycott, I’ve gotten more picky about many other things over the years, including requiring potential beaux to score higher on both “kind” and “responsible.” Still, there’s been some liberalization with the trait we currently refer to as “lean.” Recently, after watching a lanky young man order the breakfast of supermodels – a small order of french fries and a goblet of red wine –  I muttered to the Duchess of Windsor that it may be possible to be too thin after all. Over the decades, the threshold has been set in turn at “skinny," "thin," "slim," and now "lean." At this rate, we might might liberalize this prerequisite all the way to “average” before I give up and get a dog.

The second obvious pattern you should have recognized from the list: my type can be characterized as someone sorta like me, only nicer and thinner. If only Nate Silver would lose a little of that business-travel pudge.