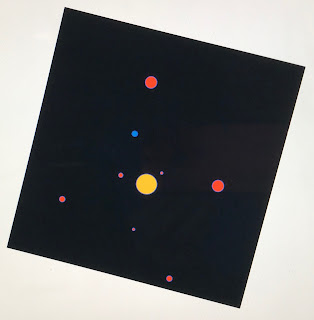 Don’t bother searching for a definition of “logomania," Google will just lead you astray. This isn’t a promotional sale on sports jerseys. Nor will I be musing about my favorite designer labels. Who do you thank I am?

Recently I wrote about my friend and roommate at Brigham Young University, John Gustav-Wrathall. We have much in common.  Neither of us wears professional sports team apparel. We probably wouldn’t recognize any designer brand beyond “Old Navy” and “Mr. Mac.” Between us, John and I have fifty years of experience as professional and/or amateur homosexuals. [Ed. note:  Feels like ninety.] The frumpy friendly kind of homosexuals, not the fabulous kind.

It’s true John and I have followed very different paths since meeting at BYU as 1981 Kimball Scholar finalists. I’m a single dad PoMo MoHo, a “Post-Mormon Mormon Homosexual."   Despite my Mormon background and Episcopalian tendencies, these days everyone assumes I'm Jewish.  Nevertheless, technically my name is still included somewhere on the rolls of the Mormon church.  In contrast, John is a long-married gay dad who attends his local Mormon church every Sunday, and recently quit his day job to work full-time serving LGBT Mormons and their families.  Yet John is the one the Mormon church formally excommunicated decades ago.

As John pointed out in a comment on my blog post about him, our paths are actually the same:  “a search for meaning.” And as I replied, “Logomania should be in the DSM-V.” 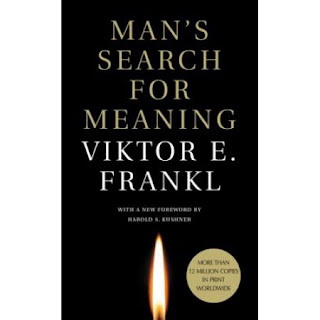 After surviving Auschwitz, Viktor Frankl wrote Man’s Search for Meaning about how his Holocaust experiences influenced both his existentialist philosophy and his psychotherapy practice. The book’s subtitle is “an introduction to logotherapy.”

Being human compels us to find patterns. Or make patterns.  And then to make sense of patterns. Or at least to have fun arguments about them.

For some of us, it is this obsession with patterns – logomania itself – that matters in the end, much more than our quibbles over where the impulse originally came from, or even what it inspires us to do. God, natural selection, chance, fate, delusion – the fact that we are all searching for meaning must mean something.

One Mormon contribution to the logomaniacal dialogue is a short film that's the same age as me. “Man’s Search for Happiness” was produced for the popular New York World’s Fair in 1964. The LDS Church invested heavily in the World's Fair, with slick propaganda films screening in a large pavilion that incorporated a replica of the Salt Lake temple’s east front.

A few years ago, the church released an updated version of “Mans Search for Happiness.” I haven’t seen the new film, which hopefully toned down the worst of the patriarchal imagery, while inserting a few non-white faces in the background in crowd scenes. I understand they kept the classic voiceover narration by Elder Richard L. Evans. He was the timeless voice of the Mormon Tabernacle Choir’s weekly radio broadcast from the 1920s to the 1970s.

However, some quirk of memory has erased Elder Evans’ dulcet tones from my brain. Instead, I can only remember the narrator in the Korean filmstrip version from my mission.  We parroted his voice as we flipped through our “Discussion” notebook. Each Missionary Discussion was what modern folks would call a “powerpoint presentation.”  This one was about God’s “Plan of Salvation.” Folks in Seoul would hear a couple of awkward nineteen-year olds from Utah and Idaho taking turns reciting three questions:

I can still translate the pompous Korean voice in my head back into English:

Where did we come from?

Why are we here?

Where do we go after this life? 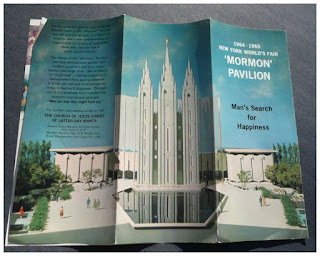 Don’t worry, I will not be subjecting you to more of the missionaries' Second Discussion, either in English or in Korean.

Instead, I want to introduce a rubric recently proposed on Facebook by my friend Father Josh, who is one of our local priests and the Episcopal chaplain down the street from me at Western Washington University.  Father Josh wrote:

Regarding the Big Questions of life, it strikes me that as we humans get older, we have a choice of three paths: (1) We decide to be certain about such questions with significant evidence, but without definitive proof. (2) We keep collecting evidence, all the while learning to tolerate and perhaps even enjoy uncertainty and ambiguity. (3) We learn to de-prioritize such questions.

With any particular Big Huge Question, it’s useful to acknowledge which of Father Josh’s three paths we are choosing to follow in our search for meaning.

So returning to the three questions the Mormons posed to New York World’s Fairgoers in 1964 – whence from? / why here? / where going? – I confess none of them would lure me down Father Josh’s first path. These aren’t the type of question I “decide to be certain about.”

Frankly, I’m unaware of any question I’m certain about. That’s not how I think. Nothing is certain.  Instead, I’m an idealist pragmatist. INFP. Everything is contingent and subject to reexamination, although over time those things that work well don’t get reexamined often. We never stop reaching.

Of course, a few things have become so close to certain we treat them as if they’d been definitely proven – family, love, humanism, etc. But even the Big Stuff is usually more interesting around the edges anyway. Certainty is annoying. And boring. You’ve been to Utah.

Instead of seeking certainty, most of my own meandering follows Father Josh’s second path:  “We keep collecting evidence, all the while learning to tolerate and perhaps even enjoy uncertainty and ambiguity.”  That’s where the action is, and where writing leads me.  Including my own versions of the Mormons’ first and second questions:  what strange and familiar currents brought us to this very moment, and what does the changing rippled pattern mean?

Regardless of the topic, we usually focus on the “what” questions – where we are and how we got here.  But sometimes the discussion drifts to the “meta” questions – the “why?” part of our search.  Either way we need good tools.  My post tomorrow explores the respective roles of data and reason in our search for meaning. 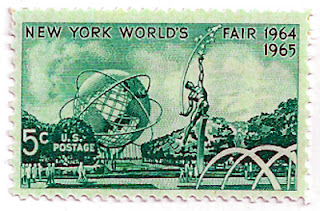 Before moving on, I want to acknowledge the Mormons’ third question from the World’s Fair and Man’s Search for Meaning:  “What happens after this life?”  For me, that kind of query gets Father Josh’s third approach:  I already “learned to de-prioritize such questions.”

This may be an actual spoiler alert for some readers.  Despite my obsession with patterns and meaning, I’ve never bothered much with eschatology, i.e., the part of philosophy concerned with what lies beyond death. This life offers more than enough material.

In contrast, many people approach such questions along Father Josh’s first two paths:  with either dogmatic certainty, or inquisitive uncertainty.  I think it’s mostly a matter of temperament. For example, I vividly recall having drinks in a Chicago gay bar with a friend who had finally escaped from BYU. After losing his Mormon beliefs, for the first time in his life he was afraid of death and nothingness.  (Even after televangelists lose their power, Pascal’s bet sometimes works on these people.)

Meh.  Nothingness sounds nice and peaceful to me.  Maybe it’s one of those pseudo-Jewish things I absorbed in law school.
at October 02, 2017