Too Big to Fit Under the Bus

Lawyers make mistakes. Obviously everyone else makes mistakes too, but lawyer are more neurotic about it.

Lawyers also lie. It’s an occupational hazard. The challenge is dealing with lawyers who make mistakes, then won’t stop lying about their mistakes. And then about their lies. 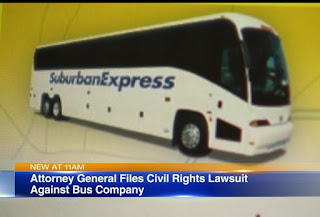 Unfortunately, as a result of inescapable structural problems, the State’s attorneys commit substantially more than the average number of lawyer errors. Under the Washington constitution, only the Attorney General and his assistants can represent any state agency or state official. That might have been an effective model a century ago. But as with Washington’s inadequate education funding and its regressive tax system, the single-law-office approach to the State’s legal problems is woefully outdated.

Decades of denial and political stalemate have left the Attorney General’s Office overextended and under-resourced. These systemic challenges explain in part but do not excuse my former employers’ egregious pattern of blunders, such as the inept handling of my disability accommodation request; the advice to release thousands of prison inmates early; the illegal destruction of evidence in the Oso landslide litigation; the aggravation of problems in the foster system; and the erroneous deadlines included in the State’s COBRA notices.

I’ve been observing the Washington Attorney General’s Office for three decades – as a member of the bar and the public, as opposing counsel, as an employee, and now as a whistleblowing litigant.

When I was involved with the bar association I worked closely with several assistant attorneys general, all of whom are fine lawyers. The last few years have taught me the excellent lawyers from the Attorney General’s Office I worked with while in private practice were the anomalies. Plus I was naïve. Experienced practitioners and judges corroborated my subsequent observation that although the 550 lawyers in the office include some exceptional attorneys and many dedicated public servants, unless they’re assigned to one of those high profile cases that burnish the office’s public reputation, the vast majority of the State’s lawyers would never meet the standards of any other legal organization I have ever been associated with.


The systemic malpractice problems at the Attorney General’s Office are not simply a consequence of its inadequate funding and constitutional limitations. The office’s hierarchical bureaucracy and rigidly authoritarian culture are an invitation to disaster. Ironically and tragically, these institutional traits also resonated with my experiences as a gay Mormon youth, and were the initial triggers for my debilitating PTSD symptoms. 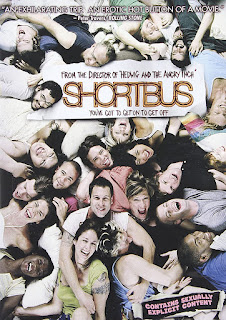 Three years ago, I started this blog and filed my lawsuit against the outside lawyer-investigator my former employer hired to justify my termination. At the time, I thought My Story was about the challenges facing disabled and LGBT individuals.

There’s no need to repeat the unpleasant details of my workplace experiences, which relate to other legal claims and other stories. No disabled or LGBT employee should have to face an abusive and discriminatory employer. Predictably, I reacted to my horrifying experiences in two lawyerly ways:  I filed a sexual orientation discrimination complaint, and I submitted a formal disability accommodation request to HR. 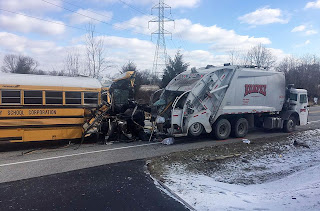 Three years later, My Story is no longer about my supervisors’ initial failure to welcome an openly gay and openly disabled employee. Now the story is about what the lawyers at the Attorney General’s Office did after they realized they’d made a couple of big legal mistakes.

The State has a rigorous government contracting process. After going through these procurement requirements, my employers hired the State’s chosen private investigator to handle my complaint of discrimination based on sexual orientation. Then someone within the Attorney General’s Office decided it made sense to combine the investigation into my narrow sexual orientation discrimination complaint with a second assignment. He asked the same investigator to evaluate a secret litany of complaints from the supervisors who had already decided to get rid of me – even though the contractual Work Order only authorized Defendants to conduct an investigation into my allegations regarding discrimination based on sexual orientation, and even though no one bothered to tell me they’d changed the scope of Defendants’ investigation. Any competent employment lawyer would tell you that was a big mistake.

Despite the fog of mental illness, that spring I managed to do one smart thing:  I used my savings to hire an experienced Seattle employment lawyer who specializes in disability accommodation and discrimination to represent me in my dispute with the Attorney General’s Office. I didn’t ask her to handle my pending sexual orientation discrimination complaint, because that’s one of my own legal specialties. Based on what the Attorney General’s lawyers and their investigator said, I assumed the investigation into alleged sexual orientation discrimination by my supervisor was separate from any issues related to my own conduct and my disability.

Of course, I never knew about either legal mistake until a year and a half after my termination, when Defendants belatedly produced undeniable evidence in my lawsuit against Ogden Murphy Wallace PLLC, the second sleaziest law firm in Washington after the Attorney General’s Office.

If you’re looking for evidence to back up my accusations, here’s a sworn declaration I filed with the Washington Supreme Court that outlines the facts, including copies of each of the incriminating emails begrudgingly produced by the Attorney General’s Office in response to my unyielding requests under the Public Records Act. 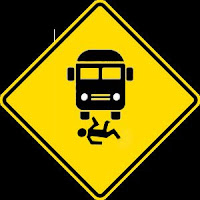 The lawyers at the Washington Attorney General’s Office figured out that they’d made a couple of huge mistakes by May 3, 2016. That’s when the junior lawyer assigned to my case must have realized she should have told my disability attorney and me about the expanded scope of the investigation, and she shouldn’t have directed her investigator to interrogate me about the subject of my representation by counsel without first getting permission from my lawyer. At least May 3, 2016 is when we know she told her supervisors what happened.

When the folks at the Attorney General’s Office uncover a horrendous legal mistake, their response typically comes from a familiar playbook. Usually they’ve already resorted to a favorite strategy by now:  throw someone under the bus.

But don’t take my word for it. Just four months before the Attorney General’s blunders in my case, the public learned about a very similar incident of legal malpractice. Relying on incomplete legal advice from another Assistant Attorney General, the Washington Department of Corrections released thousands of prisoners early. Governor Inslee subsequently commissioned an outside investigation into the scandal. Pages 36 through 39 of the final report offer a damning view of the Attorney General's Office. According to footnote 15 of the report, within six weeks the junior attorney was no longer employed by Attorney General Bob Ferguson.

As the Seattle Times reported, that was the same playbook the Attorney General’s Office followed when a young Assistant Attorney General missed the appeal deadline for a $17.8 million verdict against the State. The office put new trainings and policies in place, and a junior employee was blamed and fired. No doubt the same thing has happened to numerous other lawyers at the Attorney General’s Office when the State was caught getting got the law dead wrong. Statistically, it’s the biggest and clumsiest law firm in the State. There will always be someone to throw under the bus. 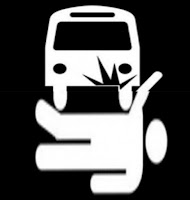 After four years of increasingly embarrassing revelations, the Attorney General’s Office still hasn’t publicly identified a scapegoat in my case (other than blaming the victim, of course). Why not?

Perhaps it’s because the “junior attorney” involved was not some newly hired law school graduate. To the contrary, she was an experienced employment lawyer, with the office’s most distinguished title of “Senior Counsel.”

Or maybe it’s because her supervisor, the lawyer who made the bone-headed decision in March 2016 to secretly expand the scope of the lawyers’ investigation beyond my sexual orientation discrimination complaint, was a big man – the Division Chief of the Labor & Personnel Division.

You can’t make this shit up. But let me add one more fact. March 2016 was a busy month for the State’s top employment lawyer. In addition to bungling my case, the big man was promoted to Chief Deputy Attorney General. 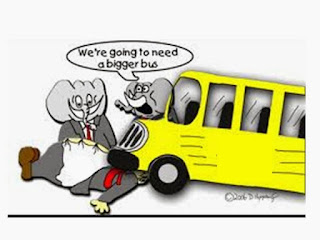 My lawyer and I had no idea about any of this at the time. Rather, I learned about the Chief Deputy Attorney General’s involvement eighteen months later, when Defendants belatedly produced a copy of what turned out to be the first of many incriminating emails. I figured out the wrongdoer’s identity when I deciphered the recipient’s address on the email:  “shanee@atg.wa.gov.” “ShaneE” is Shane Esquibel – Bob Ferguson’s long-serving Chief Deputy Attorney General.

I barely knew who Mr. Esquibel was during my employment with the Attorney General’s Office. In 2016, I didn’t realize he was involved with either my sexual orientation discrimination complaint, or with the disability claims my employment lawyer was pursuing on my behalf. To the contrary, as I wrote a couple of years ago in “Mapping Mistakes,” the State’s lawyers and their investigator successfully concealed the Chief Deputy Attorney General’s role until October 2017. Since then, the Attorney General’s Office has gone to extraordinary lengths to avoid scrutiny into Mr. Esquibel’s conduct. 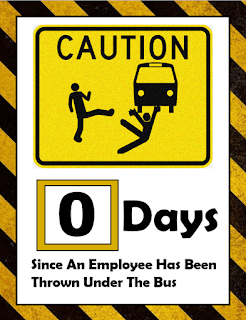 I’ve learned to be patient. And I’ve done a lot of work over the last couple of years. Eventually, someone in authority will pay attention to my story.

In the meantime, all the key evidence is tidily arranged for an aggressive journalist, smart lawyer, prudent politician, or honest judge to examine. Every road leads back to the same incriminating facts:  blunders by lawyers at the Washington Attorney General’s Office, followed by an increasingly clumsy cover-up.

The truth is too big for the Attorney General’s Office to fit under their bus. 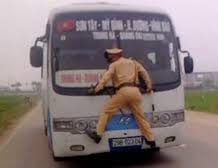