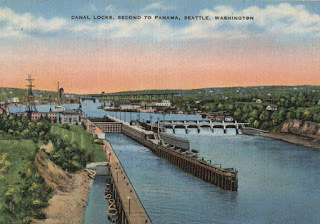 During World War II, my maternal grandfather Hyrum Boyd Phillips was a civil engineer with the Army Corps of Engineers. His father, James Wilford Phillips, worked on the Panama Canal as a young man four decades earlier.

Hiram M. Chittenden served with the Army Corps of Engineers a generation before my great grandfather. During his long career, Chittenden worked on projects across the country, including many of the original improvements in Yellowstone Park. In 1906, Chittenden was appointed to head the Seattle District of the Corps of Engineers. He designed the waterway that connects Lake Washington with the Puget Sound. My map collection includes a 1907 copy of Chittenden’s canal proposal.

Lake Washington is the largest lake in the state. Before Americans invaded the Pacific Northwest, the lake’s surface was 30 feet above sea level. The lake emptied at its marshy south end into the Black River, which joined the Duwamish River before meandering into Elliott Bay.

Nearby Lake Union was 21 feet above sea level, and drained into a protected salt water inlet to the west. The future location of Seattle’s Ballad neighborhood was a native village named sHusHóól, meaning “Tucked Away Inside.” Paler folks named the sheltered inlet Salmon Bay. 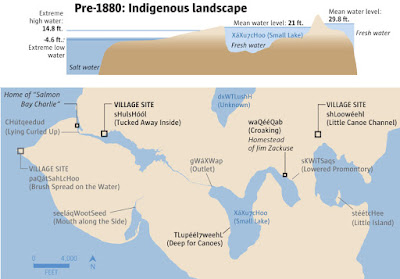 At the beginning of the 20th century, Chittenden’s ship canal changed everything.

On the east side of Seattle’s isthmus, the Corps of Engineers dug the Montlake Cut to connect large Lake Washington to small Lake Union and Portage Bay. To the west, the Fremont Cut replaced the stream draining Lake Union with a navigable channel. And where formerly salt-water Salmon Bay connected with the Puget Sound, the Corps built a pair of locks, a sluiceway, and a small fish ladder.

In July 1916, the engineers closed the gates at the western entrance to the newly-completed locks, and let water flow west through the Fremont Cut. Freshly desalinated Salmon Bay rose nine feet to meet the level of Lake Union.

While engineers construct a dam, they build a temporary “cofferdam,” a watertight enclosure that is pumped dry during construction. On August 25, 1916, the Corps of Engineers breached the cofferdam protecting the Montlake Cut. Water poured through the gap into the finished canal. Over the next few months, Lake Washington’s water level gradually fell nine feet, permanently altering the lake’s 72 mile shoreline. The spillway at the west end of the locks became both lakes’ sole outlet. The Black River dried up and disappeared.

The last surviving member of the Shilshole native community, “Salmon Bay Charlie,” was forcibly removed to make way for construction of the locks. Hiram Chittenden died in 1917, three months after the Ship Canal’s dedication. In 1956, the canal locks – no longer “Second to Panama” – were renamed in Chittenden’s honor.

Everyone more or less adjusted to the new normal. Except for the salmon. 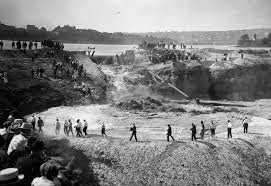 This week marks three years of blogging, with 300 essays published on this blog so far. I lost track of the total word count long ago, but it’s probably approaching 400,000 words. Collectively that’s somewhere between the size of Middlemarch and Gone With the Wind.

Appallingly, my published blog posts are only tip of the writing iceberg. I already have another three hundred individual MS Word files containing draft essays, book chapters, and book or article proposals, with titles ranging from “Oliver Votes for Asparagus” to “Me Too, Bruce.” At this rate I could keep publishing a couple of blog essays each week for another five years, even if I had no new ideas, and completely ignored current events.

Instead, as a result of my much improved mental health, the writing muse has picked up the pace. For example, a couple of months ago I woke up with the idea for “If Love Were All,” and published the final essay three hours later (choosing the pictures took 45 minutes). Last week I wrote “Buster is the Weakest Link” in my head during a four mile walk with Bear.

Meanwhile, my gay Mormon PTSD memoir, Anyone Can Whistle: a Memoir of Showtunes, Religion, and Mental Illness, finally took shape last month after I poured its extra chapters into my other book projects. FYI, all the sex, drugs, and other fictions filtered into my gay Mormon novel, The Word of Wisdom. 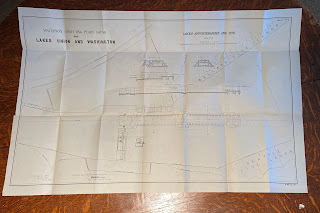 In addition to the fun writing, my life also remains flooded with wordy legal filings. Fortunately for everyone, improved mental health reduces the number of PTSD-fueled rants against injustice. My long monologuing letters to opposing counsel are down to a pithy two pages or less each, tossed off between Zoom writing classes for myself and home schooling sessions with my children.

After three decades of debilitating writer’s block, I marvel at my newfound ability to sit down at the computer and just write something. For example, I wrote my entire Supplemental Brief for the Washington Supreme Court from scratch in two days, well before the due date. I should apologize to all my clients in private practice who were told a project like that would take at least two weeks to do well.

My increased efficiency and capacity arrived just in time. Even as the State’s stubborn denials result in additional legal proceedings, I’ve learned how to juggle numerous hot water balloons. 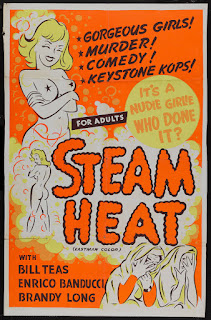 We think in metaphors. As I wrote last year in “Indoor Plumbing,” flow metaphors provide the most useful models for describing how my writing process works. At the same time, writing has also become the most useful proxy for my thinking process – such as the interaction between my conscious and unconscious mind, and the current status of my ability to think and communicate effectively.

Looking back at my blog output over the last three years, I recognize another important recurring theme:  quantum leaps. I’ve come a long way since my PTSD diagnosis in November 2015 and my suicidal nadir a year later. Much of that progress has been gradual. But as I wrote in “Nonlinear Thinking,” and as we’ve all learned from epidemiology recently, some events trigger exponential rather than merely linear change.


Starting with my Court of Appeals victory in September and the Washington Supreme Court’s favorable ruling in January, through gay Muppets and fierce Canadian drag queens in February, I’ve experienced a quantum leap. It shows up most obviously in my writing. Since the first of the year, I’ve regularly published two substantial blog essays each week. My legal work is going well. My other writing is coming along well, too. Most importantly, my family is thriving. Despite all the massive changes to our lives over the last few years, this winter the kids and I finally achieved an equilibrium. As I wrote at the beginning of March, I finally felt Better-ish.

Days later, pandemic closed the schools and the Canadian border. And cancelled chorus, and sports, and travel, and art, and life. Suddenly I found myself without enough fingers to plug all the leaky dikes. 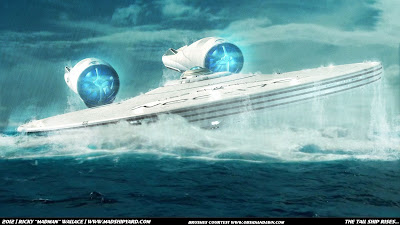 All the Leishmans of Bellingham are desperate for something new to binge watch. Fortunately, each of the new streaming services has been competing for customers by offering free trials. So far I’ve watched the first two episodes of Belgravia, some Schitt’s Creek and Pennyworth, all of Star Trek: Picard, and the first season of Star Trek: Discovery.

In Star Trek Discovery, the ship’s security chief is a hot guy who suffers from PTSD. The also crew includes a gay couple, with the engineer played by Anthony Rapp and the doctor played by Wilson Cruz. (As usual, Cruz’s gay character tragically dies.) In the climactic episode of Season One, the USS Discovery is trapped in a parallel universe. To save both universes, the crew must ignite a massive explosion. Unfortunately, the resulting surge will destroy the ship. Fortunately, Rapp’s engineer character figures out how to ride the wave from the explosion and escape back to our universe. 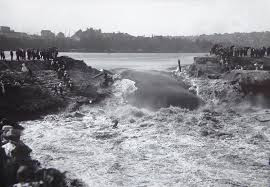 As I was researching the history of the Hiram Chittenden locks, I came upon this additional picture of the Montlake Cut opening in August 1916. The photo reminded me of Star Trek Discovery.

After the failure of two earlier cofferdam attempts, the Corps of Engineers finally completed excavating the Montlake Cut in June 1914. However, the empty Montlake canal remained blocked at both ends by wooden gates for another two years, awaiting the construction of foundations for the drawbridge across the ship canal. In an eerie premonition of the region’s feckless transportation planning, Seattle voters refused to approve any bonds funding bridge construction until 1915.

Coronavirus’ arrival a century after the last flu pandemic didn’t remove any of the existing pressure on my plague-filled life. To the contrary, pressure has only increased on everyone. Like the crew of the Discovery, I had no alternative to riding the wave.

Happily, after a few weeks of false starts we’ve achieved a new equilibrium at our house. It turns out I made some sound investments in mental infrastructure. I don’t expect the new normal to last a century, like the Lake Washington Ship Canal and the Hiram Chittenden Locks. But I’m confident the center will hold. 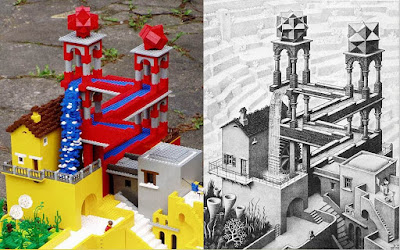