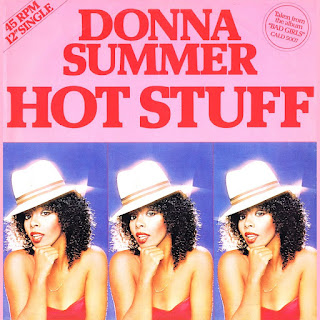 Brains make connections. When you’re a writer, nothing drills deeper into your brain than the connection between two words. For example:  the gayest two-word phrase I know is “Hot Stuff.” 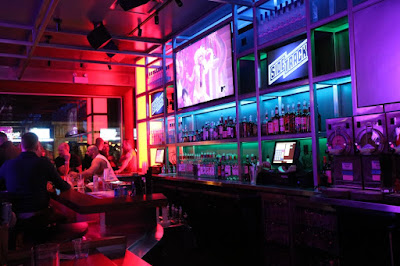 The Simpsons has been on the air longer than I’ve been out of the closet. The gayest episode of television ever, “Homer’s Phobia,” aired in February 1997, when I was in Chicago working as an LGBT rights lawyer for the ACLU. Simpsons executive producer Al Jean confesses that “Homer’s Phobia” contained “my favorite scene ever from the series”:  the transformation of a steel mill into a gay nightclub called the Anvil.

I’ve seen the scene hundreds of times on the screens at Sidetrack in Chicago, the greatest video bar ever. Until this week, if you’d asked me to connect the two words “Hot Stuff,” my brain would have immediately pointed to the video clip of a buff dude at the Anvil edging past Homer with the line “Hot stuff coming through.”

As soon as Homer confronted his homophobia, my friend Charles’ brain would ask my bartender crush to pour another round of purple slushie drinks. 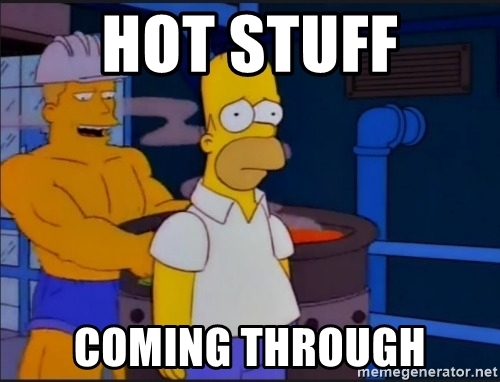 Last weekend I chilled and watched The Boys in the Band on Netflix. Gay television empresario Ryan Murphy produced a television version of the successful 2018 Broadway revival, retaining its glittering cast of openly gay actors.

Mart Crowley’s play was an extraordinary event when it opened in 1968. It’s set in a Greenwich Village apartment as a gaggle of pre-Stonewall gay men gather for a self-hating birthday party. Impatient with various butch closet cases, queeny Emory delivers this deathless line while swiveling his hips and a tray of hors d’oeuvres: “Hot stuff, coming through!” 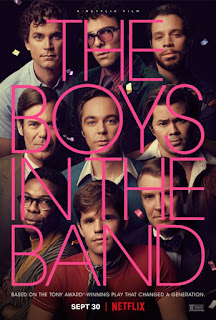 If I’d googled “Hot Stuff” and “Homer,” I would have discovered The Simpsons writers intended the gay steelworker’s line as a winking reference to a gay classic.

But I should have caught the reference even before the internet was invented. I’d seen the 1970 movie version of The Boys in the Band. (William Friedkin went on to direct The Exorcist, The French Connection, and Cruising.) In grad school I read Mart Crowley’s classic script. Hell, I saw the previous off-Broadway revival of The Boys in the Band less than a year before “Homer’s Phobia” first aired, but I didn’t make the connection until this week. I guess my brain thinks nothing is gayer than The Simpsons. 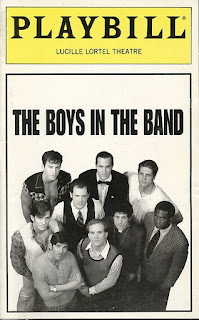