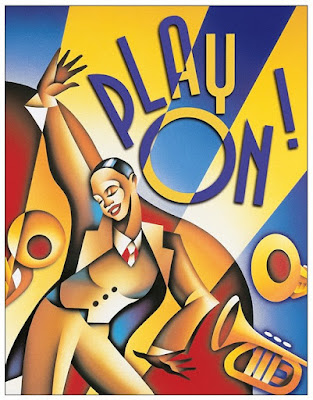 Pre-covid, no one could have guessed what life would be like in 2020-21. For example, who had “Buy shares of Zoom!” in the pool? Like the rest of my generation, I thought “Zoom” was a PBS children’s show located at zip code 02134.

Some of the pandemic’s economic winners were the usual suspects:  Amazon, Facebook, Walmart, toilet paper. Others pandemic winners defy prediction. Such as “Paws for a Beer”:

Paws For a Beer was a concept that came about when two young Bellingham residents - Amy & Rylan Schoen - decided they were ready to adopt a dog….  Before long, Rylan had crafted a rough business plan for something called Paws For a Beer:

Paws For a Beer is Bellingham's first and only dog-friendly tavern. Here, dogs with memberships are able to roam freely off-leash inside and outside the premises while their owners and the general 21+ public sip on refreshing beverages.

Brushing it off as just another silly idea of Rylan’s, Amy encouraged his explorations and engaged with him during brain storming sessions. Before they knew it, they were planning their wedding, and simultaneously, Bellingham’s first dog bar.

Full steam ahead! A few months and two “do’s” later, the Schoens became the proud owners of a place for dogs to come and play, knowing that the members romping around them are all well-tempered, healthy, and excited to be there!

When the covid pandemic closed the doors of every other Bellingham tavern and brewpub, Bear and I were glad we happened to have access to a large off-leash play area that’s also a comfortable neighbor pub. In contrast, Bellingham’s downtown basement cat bar Neko remained closed. Bear and Buster like to bark at the owner’s lonely cats as we walk by Neko’s mournful darkened windows. 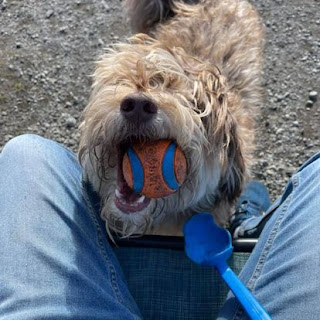 On an early visit to PAWS last summer, Bear surprised me with an orange rubber ball. I’d never seen Bear or Buster near a ball of any kind before.

One of the bar regulars pointed me to the communal rack of Chuck-It™ “no-slobber” launchers. I gingerly loaded Bear’s chosen ball and flung it toward the picnic tables. Bear surprised me once again, this time by catching the ball mid-air after executing a triple axel worthy of Simone Biles. Apparently Bear is a natural.

We’ve now acquired our own orange ball, as well as a mid-sized Chuck-It launcher that fits into my backpack. Bear and I make a good team. However, Orange Ball is a two-player sport. Whenever the other dogs at the off-leash park try to join in, Bear’s possessive side comes out. The game turns into snarling round of Keep-Away. 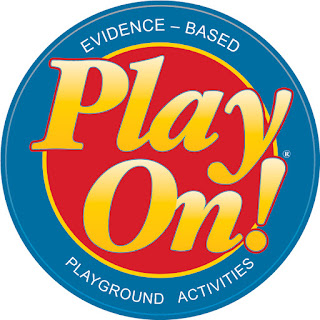 I’ve read hundreds of books and articles about human brains and minds over the last four years. Although I remain a devout English Major, I’ve belatedly acquired a Psychology Minor.

My exploration began with memoirs about living with various kinds of mental illness and neurodiversity:  anxiety, writer’s block, trauma, depression, schizophrenia, bipolar, Parkinson’s disease, Autism Spectrum Disorder…. the list continues. But I’m also fascinated by topics such as evolutionary biology and clinical psychology. I’ve compared theories about the origins of human ethics from Robert Wright, Jonathan Haidt, Steven Pinker, and Yuval Noah Harari. A century apart, Michael Shermer and William James each offers a thoughtful perspective on The Believing Brain and Varieties of Religious Experience. And I’ve written before about Carol Dweck’s classic Mindset, as well as works by pioneering scholars of behavioral economics like Richard Thaler and Daniel Kahneman.

For a comprehensive introduction to modern brain research, I recommend either Robert Sapolsky’s magisterial Behave: the Biology of Humans at Our Best and Worst, or the convenient graphic textbook How Psychology Works. For brain chemistry I suggest Judith Grisel’s Never Enough:  The Neuroscience and Experience of Addiction. And the smartest self-help book I’ve encountered is Tiny Habits: The Small Changes that Change Everything, a recent bestseller by my gay BYU classmate and Student Review co-founder BJ Fogg.

Lately I’ve sought out psychology writers with a quirky perspective on how thinking works – like Maria Konnikova’s reporting about poker players and scam artists, and Daniel Levitin’s This is Your Brain on Music, which draws on the author’s career as a record producer before becoming a neuroscientist. But the most useful brain book I’ve read lately is Temple Grandin’s Animals Make Us Human: Creating the Best Life for Animals. 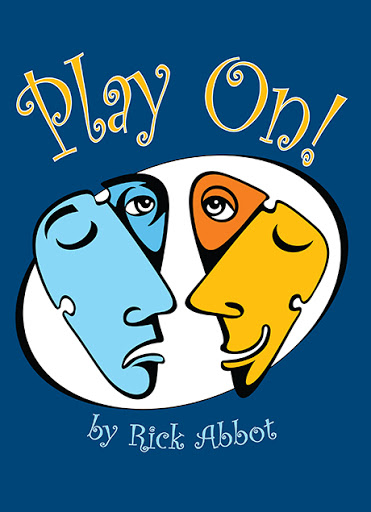 Animals Make Us Human is based on Temple Grandin’s experience in two very different domains:  animal husbandry and autism. I’d already read Grandin’s memoirs about her life on the autism spectrum. (Ten years ago Claire Danes won an Emmy for playing Grandin in an excellent HBO biopic.) In Animals Make Us Human, Grandin helps pet owners and farmers understand how each species’ brains work, and how humans can create a healthy environment for each type of animal.

Grandin includes separate chapters for dogs, cats, cattle, birds, pigs, etc. Obviously the “Dogs” chapter is the most interesting and useful. But as a psychology student I was also struck by Grandin’s attention to fundamental brain functions. Despite everything neuroscientists have learned from modern tools like MRIs and CAT scans, we remain mystified and awed by how thinking actually works on a cellular level. Animals Make Us Human reminds us humans are animals too, with brains that evolved over millions of years.

I’m fond of the analogy of brain development as piling scoops of ice cream on a cone. At the bottom is the reptilian vanilla scoop of our brain stem. Every animal has a similar need for these neurons dedicated to basic life support and motor functions. Natural selection piled on extra scoops to handle our sophisticated mammal motor needs. Then evolution added scoops of the fruity flavors that create, regulate, and respond to emotions. Perched precariously on top, at least for humans, is a final delicious scoop containing the prefrontal cortex, Executive Function, and Theory of Mind.

Grandin doesn’t actually use the ice cream scoop brain analogy herself. Instead, she adopts the framework described by neuroscientist Jaak Panksepp four decades ago in his research on the neural bases of emotion. Panksepp identified seven primal emotions. Grandin follows Panksepp’s custom of labeling each in allcaps:  CARE, FEAR, LUST, PANIC/GRIEF, PLAY, RAGE, and SEEKING.

CARE is the emotion underlying parental love. LUST fuels sex and sexual desire. According to Grandin, “Dr. Panksepp believes that the core emotion of RAGE evolved from the experience of being captured and held immobile by a predator. Frustration is a mild form of RAGE that is sparked by mental restraint when you can’t do something you’re trying to do.” People living with PTSD or autism tend to be familiar with the power of RAGE. All seven of Panksepp’s categories represent very human emotions whose impact can also be observed in other animals. 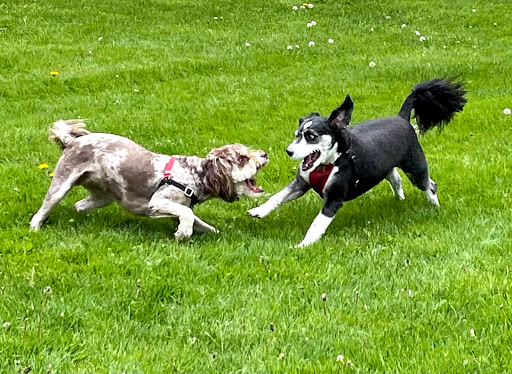 Grandin writes “No one understands the nature of play or the PLAY system in the brain well yet, although we do know that play behavior is probably a sign of good welfare.” According to Grandin, “the PLAY system produces feelings of joy.” The neural pathways for PLAY evolved to become the foundation for quintessentially human urges like art and music.

Like human children, dogs regularly demonstrate PLAY in action. As we walk through campus each morning, Bear and Buster engage in wild chases and elaborate fake combat. Even though Buster outweighs Bear by forty percent, Bear is the ringleader and the inevitable victor.

One of the benefits of suddenly adopting two aussiedoodles in midlife was the confirmation that I am not a dog person – merely a person with a dog named Bear. Buster is nice if you’re looking to give up your personal freedom in exchange for an affectionate but dim-witted housemate. But Buster’s limited capacity for walks is a deal breaker. In contrast, whenever Bear races athletically across a field toward the ball, my heart leaps with joy. Whenever Buster clumsily lumbers toward a food dish, I’m reminded that Buster’s highest and best use is to sit on the couch and comfort my children. 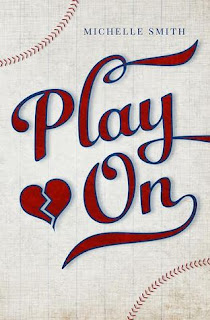 Last week at PAWS as I sipped my refreshing beverage, a friendly golden retriever came over and dropped a tennis ball at my feet. We tried a couple of rounds of fetch, but Bear became jealous and grumpy.

Bear and I have a lot in common beyond a mutual passion for long walks. For better or worse, our personalities are compatible. We even have a shared understanding of the true purpose of the game of Orange Ball:  as with the game of Life, the goal is to catch it on the bounce. Even if it just bounced off your nose. Especially if it just bounced off your nose. 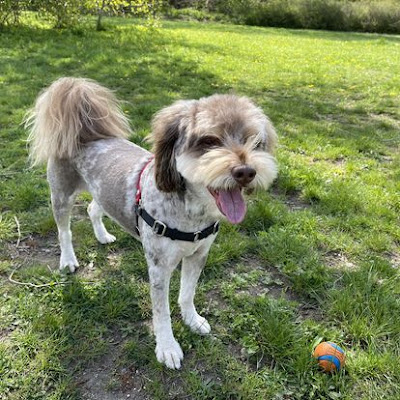