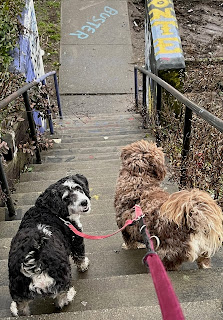 Yesterday was the ancient feast of Candlemas, also known as Groundhog Day, when we celebrate the greatest work of comic moral philosophy in the Western Canon.

Obviously I’m referring to the 1993 rom-com Groundhog Day, starring national treasure Bill Murray. If you need it, here is IMDB’s summary of the classic film:

A self-centered Pittsburgh weatherman finds himself inexplicably trapped in a small town as he lives the same day over and over again.

The McGuffin driving the plot is the fact that the “small town” is Punxsutawney, Pennsylvania, and the “same day” is February 2. Once a year, beloved rodent Punxsutawney Phil wakes up and confronts his demons. Murray plays grumpy weatherman Phil Connors, in town to cover the annual ritual.

Groundhog Day tells the redemption story of Phil Connors’ transformation from miserable misanthrope to pillar of the community, all in one very long and repetitive day.

The first time through Phil’s day, the movie provides a framework for the rest of the story by introducing his news team, various Punxsatawney residents, and their key encounters. The town’s high holy day culminates in a big party. As the same day repeats a few times in the next section of the movie, Phil figures out the nature of his existential trap, and goofs off with predictable self-indulgence. Then we see do-over montages as Phil learns through trial and error how to succeed at various tasks, such as fixing tires, saving lives, and barging into the home of the town’s piano teacher each day for a “first” piano lesson.

Gifted essayist and character actor Stephen Tobolowsky, who played insurance agent Ned Ryerson, describes the movie shoot as one of the most magical experiences of his life. Some people think Groundhog Day centers on the growing attraction between Phil and his producer Rita, played by Andie MacDowell. Near the end of the movie, Phil demonstrates one of the many skills you can acquire if you have all the time in the world – by carving an exquisite ice sculpture of his beloved with a chainsaw. Phil finally breaks the curse when he wakes up to find it’s February 3rd and he’s part of a couple.

For me the heart of Groundhog Day is not the romance, or even the comic montages as Phil gradually perfects his schtick. It’s the party that evening where Phil jams on piano with the band in front of the whole town. Rita learns from witness after witness that Phil spent his day reaching out with love and kindness. 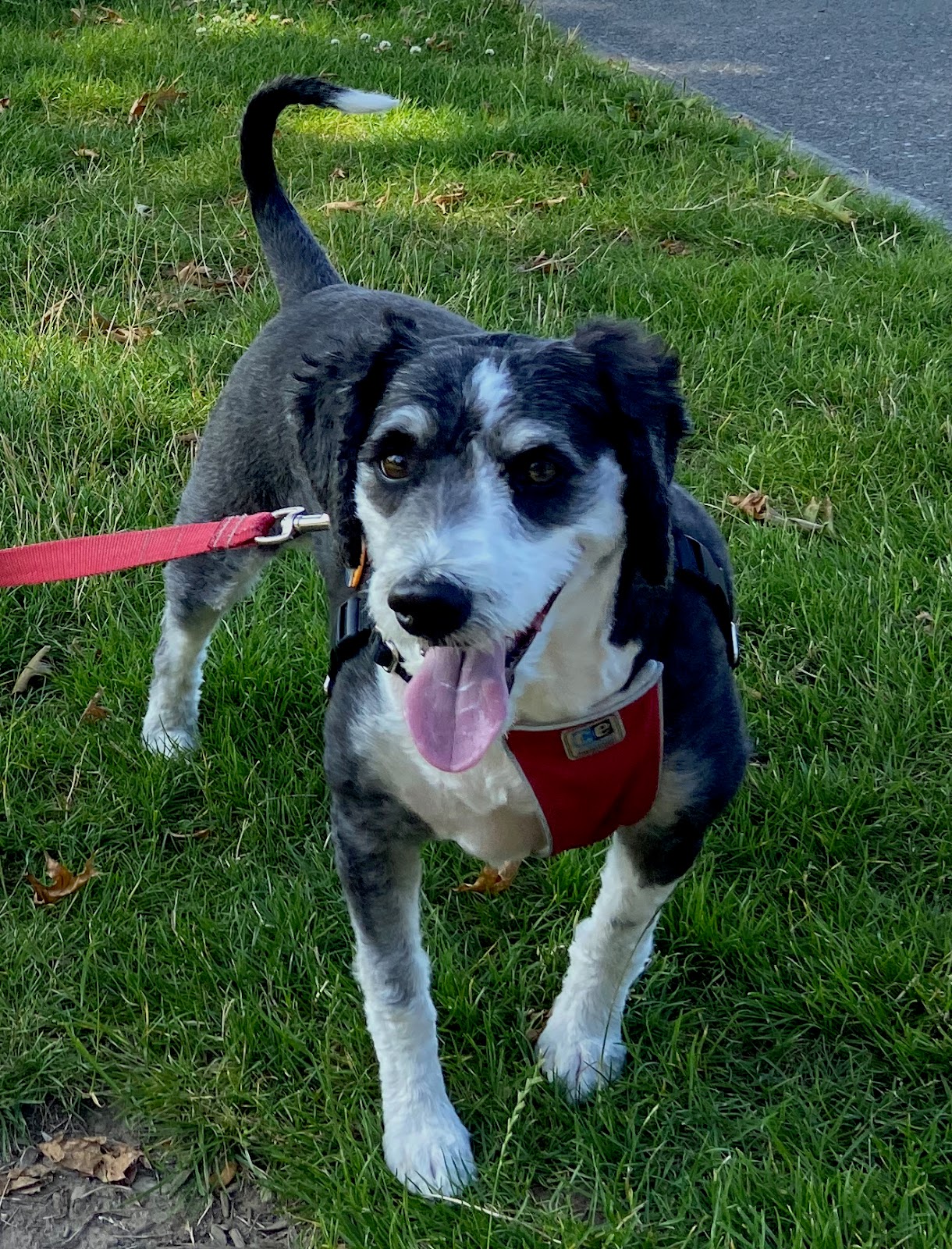 It’s been six years since my world turned upside down after abusive workplace dynamics triggered Post-Traumatic Stress Disorder. With the help of my healthcare providers and the support of the best family in the world, I’ve made immense progress with many of my debilitating symptoms.

Nevertheless, I will never be “cured.” The stress and tics don’t go away. To the contrary, my trichotillomania and my stammer are worse than ever. Meanwhile, my mind has compensated for the vicious cycle of triggers and traumas by compressing four years of memories into two, as if the guys remodeling my brain poured the foundation off-kilter and the rest of us will have to compensate forever. (Silver lining:  for me the entire Trump presidency seems like just a couple of years.)

Fortunately, more recently I’ve returned to the light. I’ve regained a hopeful mindset for the first time since childhood. And as I recently wrote in “Snap,” I’ve finally figured out how to slow down enough to think clearly. It involves a lot of long walks with Bear – which had the unfortunate side effect of crippling my right foot with plantar fasciitis. Now I just need to find a podiatrist who takes our terrible health insurance. 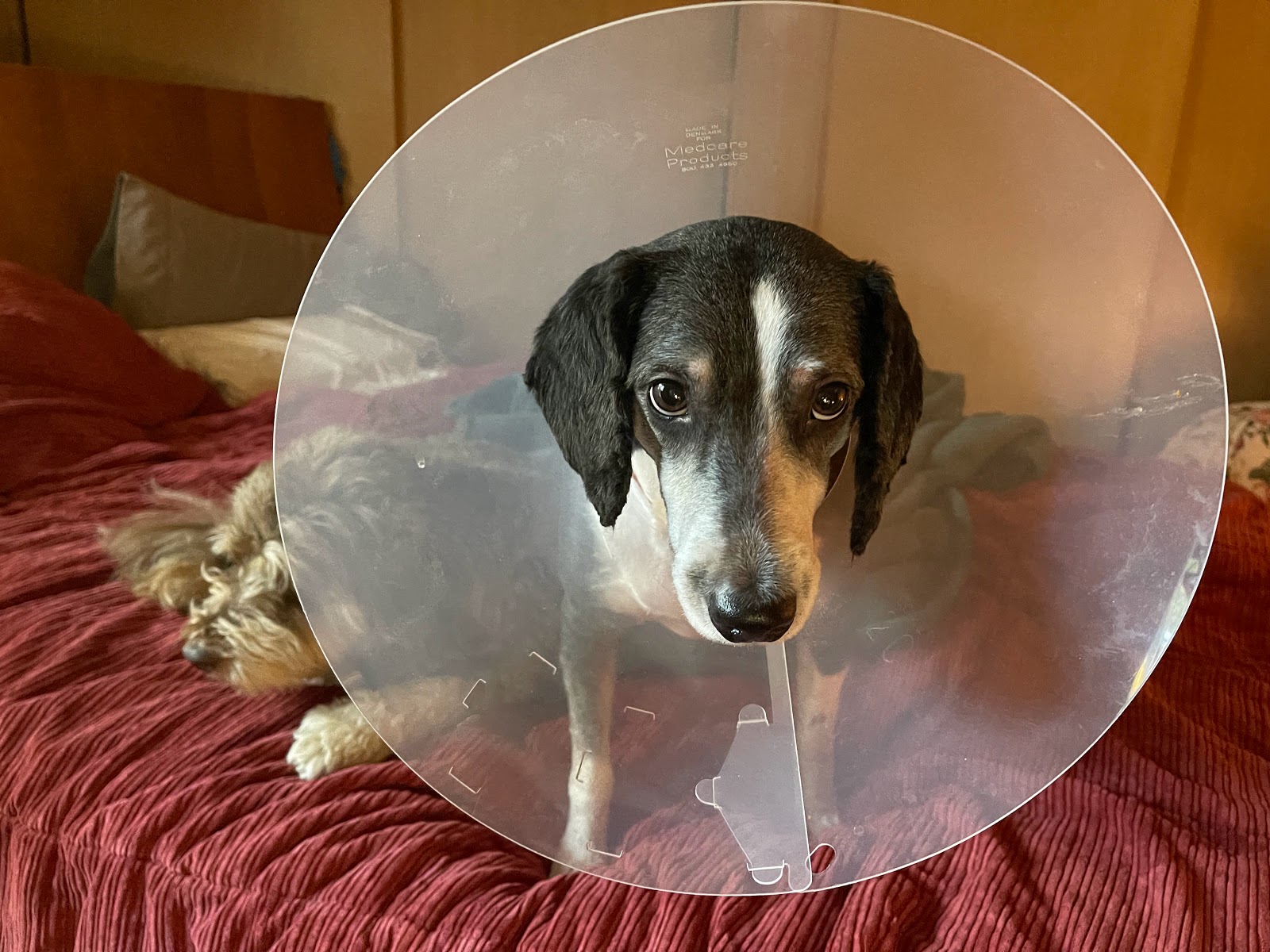 Over the last three years I found my personal Groundhog’s Day loop on my daily walks with Bear.

Many of my remaining challenges are social. Trauma had the effect of moving me several notches further away from “normal” on the autism spectrum – particularly during PTSD episodes, while under stress, and/or in my interactions with gay men. I’ve lost much of my already dubious ability to read ordinary social cues. Faces are a blank. Nowadays I can’t tell if someone is hitting on me or challenging me to a duel. Strangers overwhelm me.

But as I walk along the waterfront trail with Bear, I have the opportunity to repeat the same social interactions over and over. I gracefully thank people who admire his pied beauty. I explain Aussiedoodles are a cross between Australian shepherds and poodles. I talk about the weather, and laugh politely when old men quip “Who’s walking who?” as if I’ve never heard the question before.

In the beginning I couldn’t sustain a multi-sentence exchange, let alone a conversation. My attempts at humor fell flat and made me seem creepy. But dog people are nice, and you can talk to them about safe topics like de-worming medication and scheduling a groomer. Gradually I added new material.

Last Saturday, Bear and I walked ten miles in the sunshine. I confidently risked social encounters with a high degree of difficulty. I even had the nerve to say something clever to the cute new guy at the coffee shop who is in the process of dethroning his charming co-worker from the position of Coffee Boy Crush. (I’m only allowed to have one Coffee Boy Crush at a time – a prudent rule imposed long ago in Chicago by my friend Charles.)

My one misstep occurred when I tried to strike up a conversation with a poodle owner wearing too many layers of fleece. I thought I was talking to a white-haired lesbian, but it turned out to be a little old man. Years ago I made the same mistake on my way home from the Gay Softball World Series when I stood in line behind diminutive gay comedian Leslie Jordan.

Last weekend I was one of the writers reading from our recent work at the launch of True Stories, a new anthology edited by Cami Ostman, founder of The Narrative Project. Here’s a link to the YouTube video (I’m reading from 35:35 to 39:25), and a link to the site where you can purchase copies of our book.

My contribution to True Stories, “For Good, ” comes from the chapter of my upcoming memoir where I explain that I’m not really a dog person. Here’s an excerpt:

Bear is more attractive than anyone I’ve ever dated – way out of my league. As I walk past strangers on the waterfront trail, I often hear audible sighs of “Aw, he’s sooo cute.” Sadly, it’s never about me.

Nevertheless, the best thing about going on long walks with Bear every day is that everyone we encounter is smiling. Yes, I know they’re not smiling at me. But they’re smiling at us—and at everyone else for a little while. Surely that makes the world a slightly better place.

On our last walk along the Boardwalk, Bear asked if I planned on getting a new dog after he’s gone. I said no. I told Bear I would keep taking care of poor Buster if my daughter turned out to be a flake, but when it comes to pets I’ll stick with the fabulous gay uncle role in the future. Still, regardless of what happens in future, I know that having a dog—having Bear in my life—has changed me for good. Which brings us to Buster, who has been conspicuously absent from his story so far.

This fall my middle brother and his wife became the first empty nesters from our generation. They immediately bought their first dog, an adorable Labradoodle named Scout who now dominates the family Facebook feed.

I warned my brother he’s in danger of becoming a dog person permanently. Luckily, I acquired two dogs at once. Bear is the perfect companion for my life right now. In contrast, Buster is a constant reminder that lightning won’t strike twice.

Buster has more tics and is even more socially awkward than me. He steals underwear from the laundry basket and bloody tissues from my pocket, then eats them. He’s clumsy and stupid and a little bit racist. He hates going on walks. If Bear and I drag him along the trail with us, Buster just barks and walks into things before pooping out too soon. Buster’s highest and best use is to lounge on the couch and comfort my children. 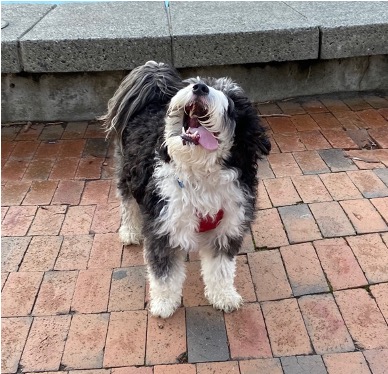 One day last summer, Bear and I begrudgingly included Buster in a necessarily short walk. On the Boardwalk we ran into my ex’s next ex Brenden. After they divorced, my ex moved back to the Midwest and I ended up with the kids fulltime. Plus Bear and Buster.

Brenden still lives in Bellingham, but his work schedule prevented him from taking the dogs. Instead, he has embraced the guncle role with both children and dogs. The continued support of Brenden and his parents has been essential to the kids’ wellbeing during these challenging times.

When we ran into Brenden on the Boardwalk, Bear pounced with typical enthusiasm. In contrast with his usual public awkwardness, Buster wildly embraced Brendon and smothered him with kisses. When Brenden continued in the other direction, Buster sat on the Boardwalk pining. He wouldn’t let us leave for thirty minutes, and instead stared longingly into the distance. I realized Brenden was the love of Buster’s life – and that traumatic experiences can shatter even a simple psyche. 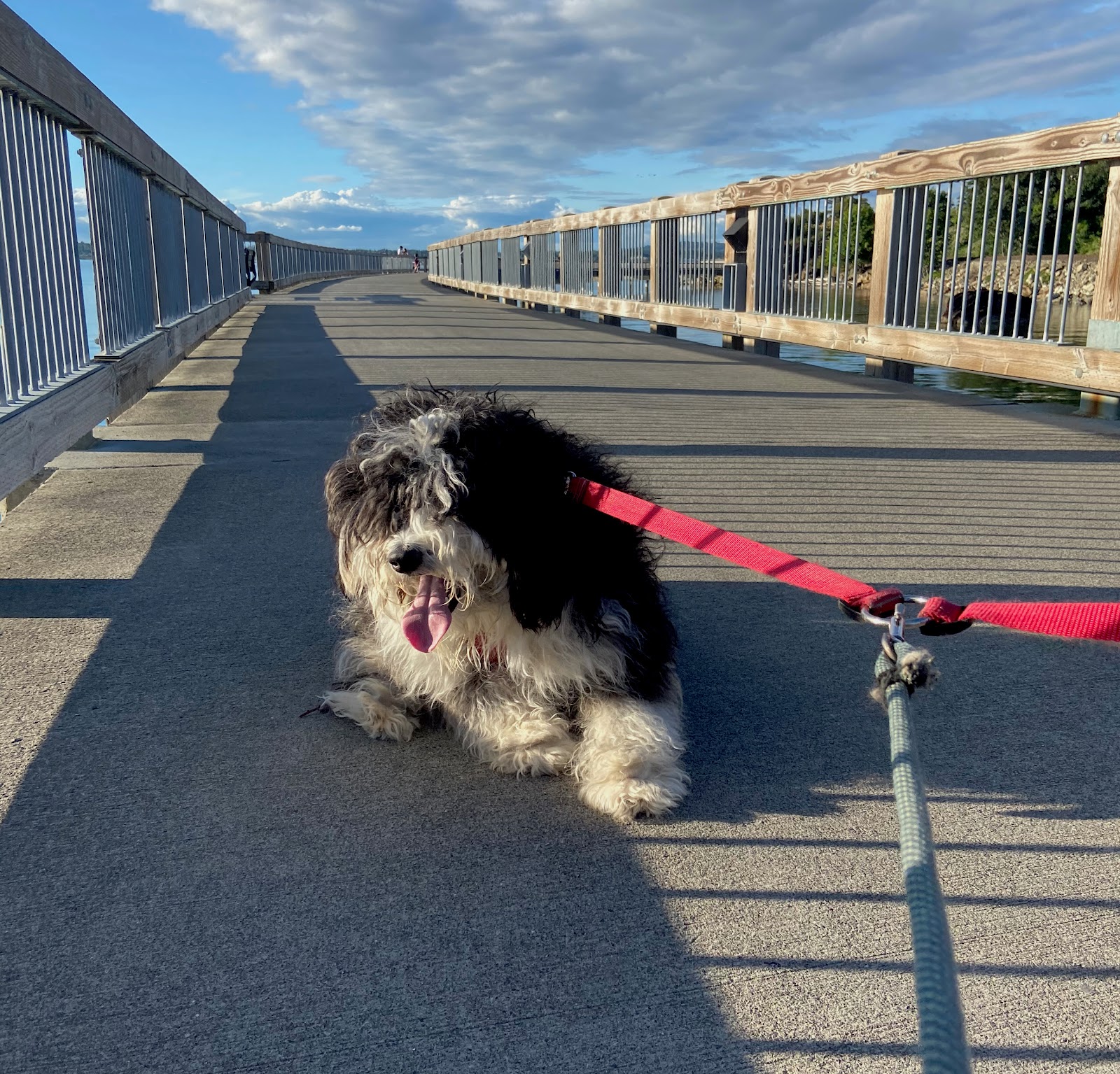 Several businesses in Fairhaven identify as dog friendly and offer treats at the counter. If any merchant gives Bear a dog treat just once we can never walk past the doors of that establishment again without going inside. It’s uncanny. Trading treats for hugs with Bear has become the highlight of the day for numerous Village Books employees.

In contrast, dim-witted Buster approaches every gift of a dog treat like it’s his first time – a happy surprise.

Seasons and school calendars remind us life is cyclical. For people like Buster or Dr. Oliver Sacks’ amnesiac patients, each circle is the same. For others, like Phil Connors before the events of Groundhog Day, life is a downward spiral. Each February Phil would schlep to Punxsatawney, complaining bitterly about everything and everyone, and make every turn of the wheel worse than the one before. The opposite of a redemption story is a “contamination story.”

As I’ve slowly recovered my health over the last few years, I’ve also re-learned the power of positive thinking and hopeful living. In the best book I read last year, What are the Chances? Why We Believe in Luck, neuroscientist and statistician Barbara Blatchley writes

When lucky people are unlucky – when something unwanted or awful happens – they learn from their mistakes, incorporating that experience into their expectations about the future. They are able to use their transformed expectations to change their bad luck into good for the next time.

Groundhog Day demonstrates the power of evolution:  not biologically as a species, but culturally as a community, and personally as individuals. Unlike Buster, we can choose to spiral upward. 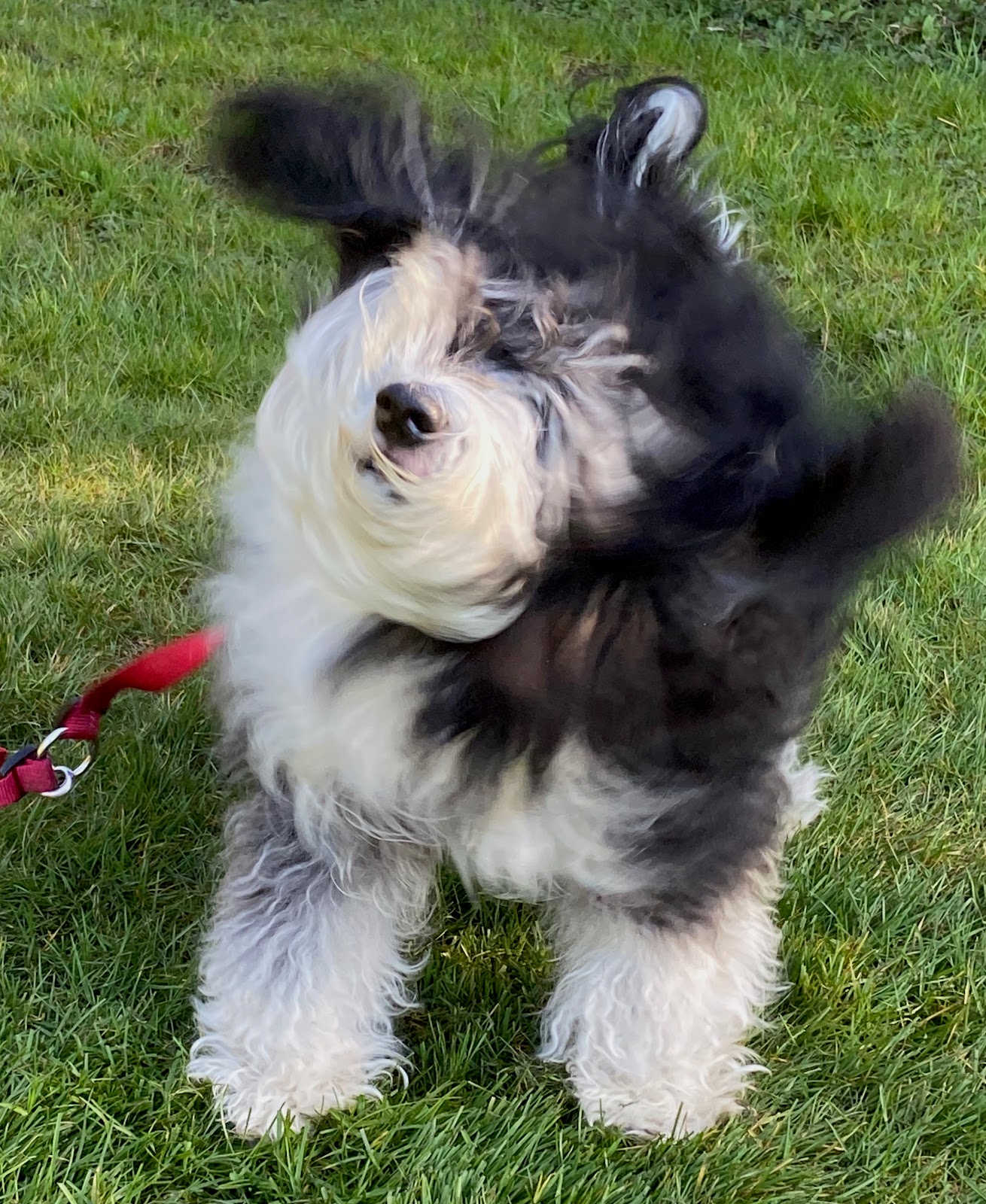