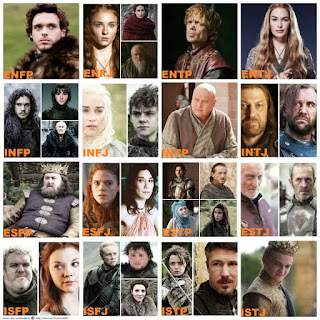 I am going through Game of Thrones withdrawal.

Not just the HBO television show itself, although I’m a big fan. Yes, I know Season 7 had too much fan-pandering and narrative sloppiness, but the show is amazingly well made, and mostly good story telling.

I was not an early GoT adopter. Nevertheless, as with most of my favorite television shows and book series, mild interest metastasized into completionist obsession. (My daughter Eleanor is even worse. She regularly encounters a new show -- Friends, Glee, The Flash, How I Met Your Mother, Jane the Virgin, Supergirl, Unbreakable Kimmie Schmidt, now Riverdale – and immediately binge-watches the entire oeuvre night and day on her hand-me-down iPhone 6 Plus. Then she regales us with celebrity gossip until her next fixation arrives. Thank God summer vacation is finally over.)

What I’ll miss most while awaiting GoT’s final HBO season is Meta-Game of Thrones: the zany cottage industry of fan-theory blogs, novels-versus-television wiki debates, and dueling episode recaps. My favorites each week include Entertainment Weekly’s fawning, the New York Times’s  slumming, Nerdette Recaps Game of Thrones with Peter Segal’s podcast banter, and of course the video short “Gay of Thrones,” where a stereotypical stylist haphazardly dishes about the most recent episode while cutting some minor celebrity’s hair.

I particularly like the online magazine Slate’s approach. After each week’s episode, a couple of Slate writers would blog back and forth as they answered “a crucial question: who is currently the worst person in Westeros?”  [Ed. note: you realize most people don’t bother to click on those pretentious educational hyperlinks? FYI, “Westeros” is the fictional continent whose throne everyone is fighting over.]

“Western” is the shorthand everyone in Bellingham uses to refer to our community anchor, Western Washington University. My former employers at the Washington Attorney General’s Office hired me to serve as Western’s chief legal advisor, then spent the next year abusing and discriminating against me. So when I decided I’d made enough progress with my PTSD to share some of the stories about my experiences, it made sense to borrow Slate’s framing device.

Who will ultimately be crowned as the “Worst Person in Western-eros”? We’ll start with a candidate who wasn’t with the Attorney General’s Office herself:  Belina Seare, Western’s 2015-2016 Associated Students President. 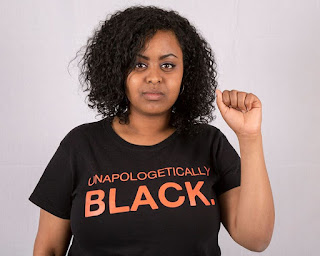 This is Belina’s official campaign and presidential portrait. It’s the same T-shirt she was wearing when we met in August 2015. An English major would call this ironic foreshadowing. I begin my search for the Worst Person in Western-eros with Belina because she reminds us how a few ostensibly minor acts, presumably well-intentioned, can have a devastating impact on other people.

Western is Washington’s third largest university. Western students have the opportunity to participate in a wide variety of extra-curricular activities, from Quidditch, to journalism, to a club for “Bronies” (i.e., adult fans of the children’s cartoon “My Little Pony”). In recent years, interest in the Associated Students organization itself has declined, including studentbody election turnout.  In 2015, Belina was the only candidate for president. She was elected with just 886 votes to represent the interests of 15,000 students, including the 97% of students whose racial background differs from her own. As Al Gore and Hillary Clinton ruefully remind us, elections matter.

No one can say Belina didn’t warn Western what was coming. As a candidate, she told the campus newspaper she would "focus on representation for students of color," contending that "students who hold marginalized identities are silenced on this campus."  When asked to identify her "biggest priority," Candidate Belina replied, "Next year I plan to advocate for the students on this campus who are disengaged from the Associated Students, and most importantly work on understanding the different obstacles that many students of color continue to face on this campus." 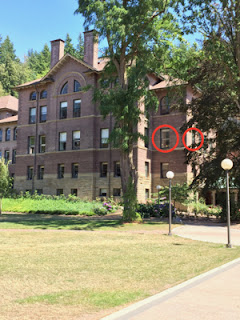 Like all institutions, Western can do more to promote diversity and inclusion. Nevertheless, it is hard to imagine a more earnest and well-meaning community. During a year punctuated by vicious racist incidents in Ferguson and elsewhere nationally, Belina did not further the Black Lives Matters movement by loudly characterizing every perceived slight at Western as "violence" against herself, and a pretext for her own self-promotion.

I was one of Belina's earliest targets. When I had been on the job for five weeks, and before most of the students had returned to campus for Fall Quarter, I was asked to give a routine orientation presentation to the newly-installed Associated Students board. Their activities during the coming year would be subject to Washington's sunny Open Public Meetings Act and Public Records Act. I wore a suit and tie, and looked like a typical middle-aged white man.

My presentation was a fiasco, even though I had given numerous comparable presentations to college students over the years. Within seconds of opening my mouth, I felt like a performer dying on stage. The students relentlessly interrupted and attacked me, led by Belina.

For example, the Washington Constitution has a quirky requirement that only lawyers from the Attorney General’s Office can represent any state agency. Washington’s large universities are unusual because their assigned Assistant Attorneys General are physically housed at the client site. I reminded Belina and her posse that we were not university employees, as in a typical college General Counsel's office. Rather, I was an independent counsel representing the State on behalf of the Attorney General, and my superiors would be alarmed if I lost sight of my role and showed up at the home office with my face painted blue. My intended reference was both to the custom of my own Celtic ancestors in wearing blue woad dye into battle — think Braveheart — and to the fact that members of the Western community often wear the school color, which is indeed blue.

Immediately after the meeting, Belina gave my supervisor a laundry list of complaints, including her contention that the “blue face” reference must have some kind of racist subtext. I felt like the Washington, D.C. official who was fired because a co-worker took offense to his description of a social services budget as “niggardly,” a synonym for “miserly” with no etymological connection to the n-word.

In an obvious display of political correctness run amuck, in addition to racism, Belina also accused me of sexism, transphobia, and insensitivity to people affected by mental illness.  [Ed. note:  would Belina consider it racist to compare her to a black pot? Metaphorically of course.] Belina’s complaints to my novice team leader, together with my supervisors’ mishandling of the incident – particularly their refusal to listen when I described how my body was responding to their actions – were the initial catalysts that ultimately destroyed my career and health. 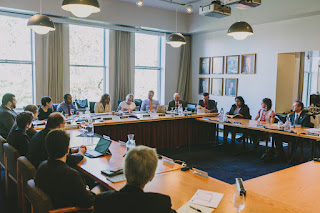 After our unpleasant initial encounter, my interactions with Belina were limited to observing her  antics during the following school year. Whoever writes the history of Western can judge whether Belina succeeded at her stated goal of advocating for students of color. In any event, the record will show she failed miserably at all the boring tasks an ordinary privileged student body president would have performed – like showing up to represent the Associated Students. For example, the minutes of the Board of Trustees repeatedly included the following summary of Belina's agenda item:

Chair Lee noted that Belina Seare, Associated Students President was not present at the meeting and moved on to the next agenda item.


As she closed out her term as Associated Students president, Belina skipped twelve out of fourteen Board of Trustees meetings, many of which involved the selection of a new university president. In contrast, the Faculty Senate President attended all fourteen of those meetings and effectively represented her own constituents.

Belina did make an appearance at the Trustees' February 2016 meeting in Seattle. However, in lieu of her report on behalf of the Associated Students, Belina invited a group of black-clad women of color to present a litany of complaints. As the meeting minutes report, Belina then joined the women in chanting about colonialism and the "violence" perpetuated by the Trustees' "neutrality," before walking out of the meeting with her guests. 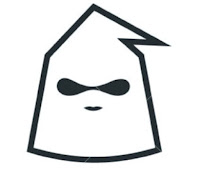 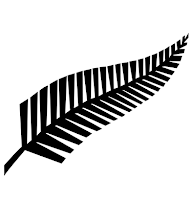 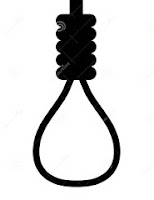 The worst part of Belina’s story – worse than anything I endured – began with a Viking and a Fern.  It ended with then-Western sophomore Tysen Campbell arrested for felony harassment, a week after racist posts on social media had resulted in the president canceling all classes at the university.


Western started as the State’s education college. From time immemorial, Western’s mascot has been a Viking, presumably representing teachers’ fierceness. In November 2015, a small controversy arose over whether it was time for Western to consider changing mascots.  Belina favored switching to the “Western Ferns.” (The Fern logo above actually refers to the worlds’ top women’s rugby team, from New Zealand.)  The Western student newspaper ran an article erroneously suggesting a mascot change was in the works. Although the editors quickly corrected the article, the controversy spread to other news outlets and on social media. (Ironically, the journalism student author of the misleading Western Front article followed Belina as Associated Students President in 2016-17.)

Belina and her sidekicks intentionally inflamed passions with their own rabble-rousing social media posts. On her personal Facebook page, Belina described all the white students at Western as “baby KKK.”

In response to Belina’s provocations, Tysen Campbell, a sophomore athlete at Western, posted the words “Let’s lynch her” on an anonymous social media site. The post was removed within seconds. There was no evidence he intended literal harm. But the damage was done. Belina demanded a white scapegoat – as well as expensive private security, and extensive public attention. President Shepard responded by cancelling all classes on campus. When Mr. Campbell was identified as the perpetrator, the first-time offender was jailed overnight, and charged with an exceptionally serious crime:  felony harassment. He was publicly humiliated and kicked out of school in disgrace. No action was taken against any of the other students who contributed to the heated debate, including Belina.

In January 2017, the Bellingham Herald ran a useful article recapping events in the case. The occasion of the Herald’s article was the final disposition of the case against Mr. Campbell. The prosecutor agreed to drop all charges. The decision not to pursue felony harassment charges is entirely understandable – Mr. Campbell’s statement did not constitute a true threat, and was protected speech under the First Amendment. See, e.g., State v. Kilburn, 151 Wn.2d 36, 54, 84 P.3d 1215 (2004); State v. Kohonen, 192 Wn. App. 567, 370 P.3d 16 (2016). Someday folks will look back at this episode as a tragic and irresponsible systemic failure, and recognize how much fault should be attributed to Belina’s self-aggrandizing bomb throwing.

My favorite author Jane Duncan wrote about the surprising impact of apparently minor characters on our lives – describing one such acquaintance as a "rusty hinge" who pivoted the author in an unanticipated new direction. Like Tysen Campbell, my story intersected very briefly with Belina's. No doubt some members of the Western community were impressed by Belina's advocacy; many others were annoyed; even more tried to ignore her; some of us were crushed. Words and actions have consequences.

Click here for more episodes of "Who is the Worst Person in Western-eros?"