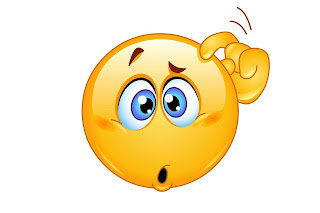 As my Chicago colleague Lauren observed, the most important sentence in my initial blog post was the one bluntly acknowledging “I am a person living with mental illness.” Those are also the most important words in my Fall kickoff blog post this week. (Only my friend Christopher managed to identify either of the other two coming-out Easter eggs buried in each post.)

The tyranny of the closet – with the Mormons’ obliging help – traumatized the first half of my life. Ever since I moved to Chicago to be a gay rights lawyer at the ACLU twenty-seven years ago, I have worn my sexual orientation on my sleeve. Being out is essential to every gay man’s well-being and mental health. A critical mass of out-of-the-closet LGBT individuals is the corresponding prerequisite for any society’s well-being and mental health.

My doctor diagnosed me with PTSD and serious codependency in November 2015. I didn't launch a blog chronicling my experiences, at least not immediately. But I tried to respond to this disconcerting revelation with the same closet-busting candor that worked with sexual orientation. Unfortunately, people affected by mental illness have a long way to go before we match the gay community’s amazing progress.

Congress passed the Americans with Disabilities Act in 1990, its first major civil rights legislation in decades. Nevertheless, numerous legal barriers to full participation in society remain, particularly for disabilities involving mental illness. Despite the passage of the ADA and the Washington Law Against Discrimination, many unjust precedents have yet to be formally overruled. Often the opinions in these cases include demeaning language none of the justices of the Washington Supreme Court would endorse today.

To a longtime gay rights lawyer, it feels like déjà vu all over again. Reading employment discrimination cases involving PTSD and other mental illnesses takes me back to law school, when a majority of the United States Supreme Court had recently joined Justice Antonin Scalia’s viciously homophobic opinion in Bowers v. Hardwick. Fortunately, over Scalia’s shrill dissent, the Court overruled Bowers in its landmark Lawrence v. Texas decision seventeen years later. Hopefully I will live to see similar judicial epiphanies regarding mental illness and other disabilities.

Even with progress in the law, the social stigma attached to mental illness changes even more slowly. The cold reception encountered by many veterans returning from Iraq or Afghanistan with PTSD is a national disgrace. Even well-meaning individuals often lack the awareness to recognize potential problems, and the skills needed to integrate disabled individuals into their organizations and cultures.

Since I came out about my own disability, many of my old friends have drifted away – particularly the lawyers who still practice law. They are sympathetic, but seldom interact with me. I don’t blame them. I recognize the awkwardly frozen expression on their faces. I’ve seen it in the mirror. It’s the same expression polite people fall back on whenever we encounter a hideously disfigured individual or see someone doing something embarrassing in public, and we can’t figure out where we’re supposed to look. Someone should email me the appropriate emoji to signify this “It’s-a-pleasure-to-meet-you-Mr.-Elephant-Man-gosh-look-at-the-time-gotta-go” face.

So far, my gawky advocacy efforts have failed to open any doors for myself, or anyone else. Instead, my experience illustrates the “Oliver Twist” problem: before things can improve systemically, a few brave/unlucky/foolish souls must ask for more. Unfortunately, rather than obtaining another round of nourishing gruel, these importunate volunteers usually end up in some form of involuntary servitude themselves.

Speaking up can leave you at the mercy of a Dickensian undertaker, a gang of juvenile pickpockets, three children constantly demanding food and wi-fi, or worse. Nevertheless, as Harvey Milk and Martin Luther King each preached and lived and died to prove, sometimes we cannot remain silent.

A “Catch-22” is a “paradoxical situation from which an individual cannot escape because of contradictory rules.” The term refers to a novel Joseph Heller wrote based on his experiences during World War II.

Words have a life of their own. Nowadays, most people don’t realize the original Catch-22 involved mental illness. The novel’s title refers to a fictional military regulation. The rule allowed any pilot to request a mental evaluation. If determined to be insane, the pilot would be relieved from flying any further bomber missions. But you needed to read the fine print:

"You mean there's a catch?"

"Sure there's a catch," Doc Daneeka replied. "Catch-22. Anyone who wants to get out of combat duty isn't really crazy." 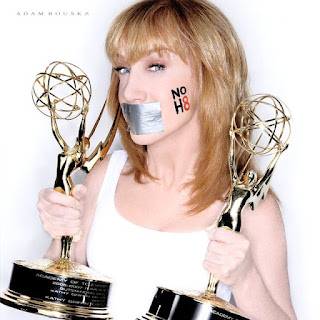 When California voters narrowly passed Proposition 8, even as they overwhelmingly voted to elect the first black president, it was “because of the children.”

My people – the Mormons – bankrolled the hateful Prop 8 campaign. In addition, Mormon leaders stealthily deployed church members to work on the campaign, then clumsily lied about both kinds of support. Nevertheless, the real key to victory was yet another lie. During the final weeks before the election, the Prop 8 campaign saturated California’s expensive airwaves with just one relentless message:  gay parents are bad for children.

That’s not what the data shows, of course. It never did. Religious political extremists twisted dubious studies about the impact of divorce, rather than examine the actual experience of children who have one or more LGBT parents. An overwhelming consensus of child welfare professionals agrees sexual orientation is irrelevant to good parenting.

Some data suggests children from queer families suffer when they encounter thoughtless or discriminatory treatment from educators or peers. So do their parents. But that’s not because of anyone’s sexual orientation – it’s the consequence of the way our society has treated LGBT folks for decades. Similarly, the primary reason disabled people often remain on the sideline is not our disabilities themselves, but society's inertia and ignorance.

I am not ashamed to say I am a person living with mental illness. To the contrary, I am immensely relieved to have a diagnosis that finally makes sense. I can tell my meds and treatment are working.  I still have bad days, but I'm learning to avoid likely triggers, and to mitigate the impact of stressful situations. I've even figured out how to shut my mouth. After months of healing and hard work, I'm happy and productive. Meanwhile, my children are thriving. And as the Prop 8 campaign said, it really is all about the children.

Yes, I face serious problems. I am an unemployed disabled middle-aged single gay dad. My legal career lies smoldering in ruins. I am lonely and tired and broke. I live in an isolated college town with a maddeningly limited job market because I’m firmly rooted here – by family circumstances, and by emotional ties I cannot sever without serious consequences to my health and my family's well-being. My former client, the region’s largest employer, chooses to be hostile. Even though I already agreed to settle my claims against the State, my former employer – the Washington Attorney General's Office  –  continues its slanderous campaign against me, including obstreperously interfering with my separate lawsuit against its vendor Ogden Murphy.

None of these problems were caused by my disability or my sexual orientation. Some resulted from my own poor choices and sheer bad luck. Many are the responsibility of evil and inept former colleagues. And others come from society's fear and ignorance about mental illness and other disabilities.  [Ed. Note: If you open just one link in this post, it should be to this video about people with Downs Syndrome. "Special rights," "special needs" – it really is deja vu all over again.]


Sure, I'm crazy. But I'm not crazy. To the contrary, I am an excellent lawyer and an even better writer. I have demonstrated my dedication to serving the public interest. I am a great son, brother, and friend. Most importantly, I am an amazing father. I can live with that.