What kind of a lawyer... Pro Se 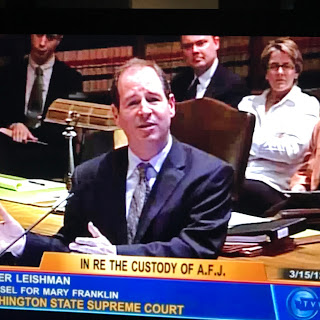 As I have underscored more than once, the most important sentence in the flood of words published on this blog is this: “I am a person living with mental illness.”

The second key coming-out message from my initial blog post, and indeed every subsequent post, is the following: “I think of myself as a writer now, not a lawyer.”

That’s a scary thing to say publicly. When my favorite author Jane Duncan was around my age, fifty years ago, Macmillan accepted and published her first six novels – all at once. She had written them in secret while running a household in Jamaica. She only came out of the closet as a writer after her husband died and she finally returned to home to Scotland. As she told her gay best friend:

Ever since I was a youngster at Reachfar [the name of her grandparents’ farm], I have wanted to write. I have never told anyone this in words before. If my family had known that I tried to write after I was grown up – writing rhymes as a child was all right – they would have had me taken away in a plain white van.

There’s something a little crazy about being an artist, including being a writer. Fortunately, I’m already crazy. 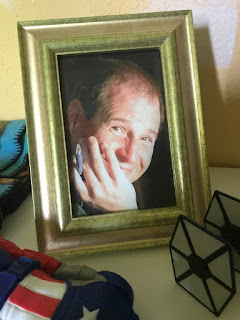 Father, writer, gay man, Leishman, Cascadian, logomaniac, codependent, recovering perfectionist: these are all core parts of my identity. For a long time, my professional status was at or near the top of the list. But in the last two years, I have lost all of that. I don’t really miss it.

I suppose I’m still a lawyer – in the same way I’m still a Mormon. Both roles have been pivotal in my life, providing many rewarding experiences and shaping the way I think. Regardless of how my status is recorded on the membership records of the bar association or the church, I will always be both a lawyer and a Mormon. Unlike Trump’s odious mentor Roy Cohn as portrayed in Angels in America, I’m not racing to die before they can disbar or excommunicate me. Indeed, I'm a "Mormon lawyer" – the two identities now are inextricably linked by their roles in shattering my life.

The New York Times Magazine recently ran an excellent article about substance abuse in the legal profession. The author quotes from a University of Washington professor who gathered extensive data showing that students enter law school with above average mental health, but by the time they graduate they are at serious risk of depression, anxiety, and other disorders. Practicing law makes it even worse.

My former employer the Washington Attorney General's Office had the good sense to invite this scholar to speak at its annual all-lawyer conference in October 2015. I was so inspired the next day I bit the bullet and asked for a reasonable accommodation of my disability. Instead, Attorney General Bob Ferguson's office collaborated with obliging hacks from Seattle's Ogden Murphy Wallace PLLC, “Seattle’s sleaziest bottom-feeding law firm®,” to frame and fire me. Lawyers can be the worst. 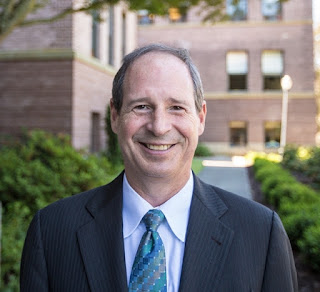 Seventh Circuit Judge Richard Posner is arguably the greatest living judge. (Supreme Court Justice Ruth Bader Ginsberg is the greatest living lawyer.) Ronald Reagan appointed Judge Posner to the federal bench in 1981, the year I started college at BYU. Since then, Posner has written numerous opinions and books, shaping both the law and our discourse about the law.

I saw Judge Posner once in a Seventh Circuit en banc argument, grilling my ACLU colleague Colleen Connell about some undue burden on reproductive choice. Posner wasn’t mean like Judge Frank Easterbrook. But he was smart, incisive, and relentless.

Last week, Judge Posner shocked the legal world by announcing his immediate retirement from the bench. Why? As the New York Times’ legal correspondent reported in a judicial exit interview, “He had suddenly realized that people without lawyers are mistreated by the legal system, and he wanted to do something about it.”

“Pro se” is a Latin phrase meaning “on one’s own behalf.” Pro se litigants are the people representing themselves in court. For numerous reasons, most people with serious noncriminal legal problems don’t have a lawyer. They struggle to navigate through hostile tempests in an alien sea.

Pro se litigants are very frustrating to have around. They slow things down, and everyone else has to work extra hard to figure out what they’re trying to do. Sometimes there is no factual or legal merit to their positions. But as Judge Posner observed, often the legal system is too quick to slam the door on pro se litigants. That’s why he quit his dream job.

For the first time in my life, I am one of the parties in high stakes litigation. And I’m representing myself pro se. (In contrast, I had the benefit of an excellent disability rights attorney representing me in the mediation resolving my employment claims against the State last year.) It’s a frustrating experience – for me, for the other parties’ attorneys, and for the judge. Nevertheless, as Judge Posner says, that’s not an excuse for anyone’s failure to take my claims seriously.

It’s a cliché that any lawyer who represents himself “has a fool for a client.” But I’m already crazy, remember?  More importantly, long before I even heard of law school, I was a bardolatrous English major. Through the recurring roles of the fools in his plays, Shakespeare taught “the great secret of the successful fool – that he is no fool at all.”