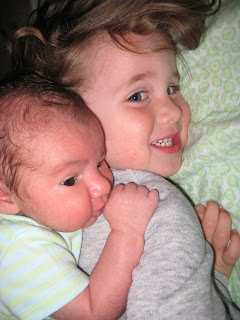 Graeme was our baby boy. We gave him our first-choice boy name. He was our only newborn other than Eleanor. (Parenting tip: raising twins is much easier when they arrive three years apart.)

We had been in Washington’s foster-to-adopt program for several months before being matched with Graeme. He was a Sure Thing. Not the “sure thing” described in the used-car-salesman-spiel you get from overworked social workers desperately seeking an immediate foster placement. (We'll get to one of those next week.)  Instead, Graeme truly was the ideal candidate for parents seeking the holy grail – a healthy infant available for a no-strings adoption – because State had already taken multiple siblings away from his hapless birth mother. Our social worker assured us nothing had changed with her circumstances, and there was no birth father in the picture. We were excited.

A couple of days later we picked Graeme up from the hospital in Tacoma. He was in the Neonatal Intensive Care Unit being monitored for any potential impact from a difficult delivery. Fortunately, he was completely healthy. Unfortunately, a Hallmark sign hung over his tiny bed saying something like “Congratulations Kathy and Bob!”

“Who’s Bob?” Jason and I asked each other. This no longer looked like a Sure Thing. 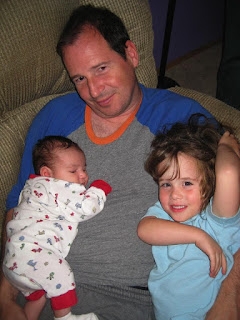 Sure enough, this time there was a birth father in the picture. With help from the State’s social workers, he began preparing for the responsibilities of parenthood. Our family enjoyed our months together with Graeme. But we knew from the start he was probably not going to be our little boy. In November 2008, we handed him off to a new temporary foster father. And said goodbye to the baby-formerly-known-as-Graeme.

A few weeks later, the social workers matched us with Rosalind, who is the same age as Eleanor. Rosalind had survived three years of neglect, both before and after being placed in the foster system. She is tough and loving and creative and kind.  As I’ve already written, I would not change a single step of the journey that brought me to each of my kids. 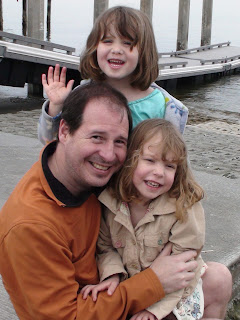 When Eleanor was a month old, she had life-saving surgery for pyloric stenosis. This type of defective stomach valve affects fewer than 1 in a 1000 white girls. The odds for black and mixed race boys are even lower.

Nevertheless, when Graeme was four weeks old, he started spitting up a lot for the first time. Then he started projectile vomiting. We marched him to the emergency room at Seattle Children’s Hospital. They told us it was probably just gastric reflux. But the radiologist confirmed he indeed had pyloric stenosis. They were able to perform surgery immediately.

I'm a big fan of stories with multiple layered endings, such as A.S. Byatt's Possession, Isaac Asimov's Second Foundation, or any movie set in the Marvel Cinematic Universe.

Just like Eleanor and Rosalind, Graeme and Oliver were born within a couple of weeks of each other. Two sets of virtual twins.

As things turned out, instead we had an adorable baby boy who suddenly disappeared for eighteen months. Eventually he came back – but now he's white and has blue eyes like the girls. And he looked like an Oliver, not a Graeme or Henry: 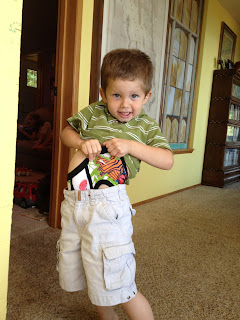 Oliver and Graeme both turned nine years old last month. I have no idea where Graeme is now, or what his name is. But I’m glad I got to be his Papa for a little while, right when we needed each other. 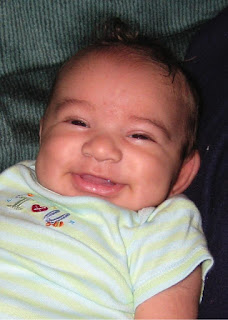