Gifts of the Magi 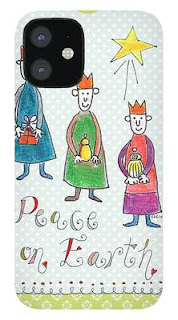 On Christmas Day, my East Coast brother and his family rented a suburban theater so they could watch Wonder Woman 1984 together on a big screen. In her Facebook confession, my sister-in-law sheepishly observed “I know that sounds pretty bougie, but theaters are hurting so it was a lot cheaper than you’d think.” 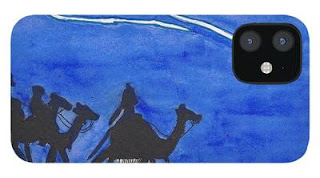 Here on the West Coast, the Leishmans are patiently waiting for rulings from the Washington Supreme Court and from the federal judge in my pending whistleblower lawsuits against the corrupt government lawyers who triggered my disability and covered up my wrongful termination. Despite practicing law for thirty years, I’m appalled by the glacial pace of litigation. Nevertheless, after enduring five years of abuse and stonewalling, I expect 2021 to finally bring not only answers and accountability, but hopefully also relief for my longsuffering family.

My son looks forward to getting a new videogaming system when our ship finally comes in. At the beginning of December, he quietly asked me “Have the bad guys surrendered yet? Or is Christmas cancelled this year?”

I admitted to Oliver that I didn’t expect court rulings or a settlement before the new year. In the meantime, we couldn’t expect any change to our frugal situation. 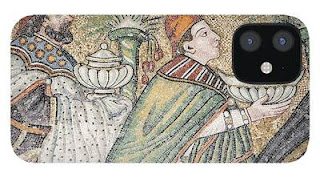 Once upon a time I could remember innumerable telephone numbers. Now that we’ve all been assimilated by the Borg and outsourced our memories, the only two working phone numbers I know by heart are my own cell phone and my parents’ 40-year-old landline. I’ve never learned the other six phone numbers that I'm responsible for on our family wireless account:  my daughters’, my son’s, my parents’, and my nephew’s.

I’ve also lost track of the number of iPhones our family has cycled through over the years. Here’s the family inventory as of December 1, 2020:

·   My father had an iPhone 5 Plus that’s been handed down through the entire family, and now serves as a paperweight next to the couch.

·   My mother had an iPhone 6 with minimal memory that we got on sale a few years ago. She insists that’s all she’ll ever need.

·   My nephew had a first generation iPhone SE that we got on sale when he moved in with my parents to finish high school in the States. The battery life was down to 45 minutes.

·   My daughter Eleanor had a finally-paid-for iPhone 8 Plus that she insisted on getting new two and a half years ago.

·   After years with the same outdated iPhone SE as my nephew, this summer my daughter Rosalind got a new phone for her birthday. She modestly chose an updated iPhone SE on sale.

·   And this spring I got a discounted iPhone 11 when Apple finally produced a model in green. 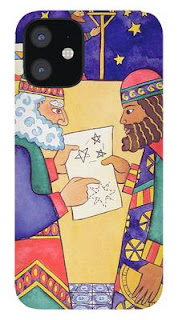 Unlike the more rapacious among my children, my nephew is much too polite to complain about having a Neanderthal iPhone. Nevertheless, between courses of my mother’s delicious Thanksgiving feast, we all recognized it was time for an upgrade.

After consulting with a prudent and diversified portfolio of financial advisors consisting of my brother, my sister-in-law, and my parents, my nephew and I identified an excellent deal for last year’s smart phone model – just like buying a new car at the end of the year, when the dealer is trying to clear out old inventory at steep discounts. One week before Christmas, my beaming nephew walked out of the neighborhood AT&T store with a beautiful new red iPhone 11. 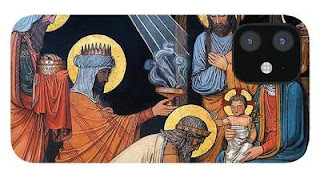 Our family wasn’t expecting much from Santa this year. After five years of battling dishonest government lawyers, I’m a broke unemployed disabled single gay dad, with a subzero credit score. Nevertheless, there’s still one crazy capitalist institution that’s dying to lend me money:  AT&T. I’ve had the same telephone account since I moved back from Chicago and bought my first flip phone two decades ago, back when the company was called “Cingular One.” With seven Leishmans now hooked on iPhones, AT&T regularly fills my inbox with upgrade offers.

When Rosalind finally got her modest new phone this summer, Eleanor upped her relentless nagging about how she “needs” a brand new iPhone. I told her to leave me alone until I finally paid off her perfectly serviceable iPhone 8 Plus. A few months later, after we decided to get a new phone for her cousin, Eleanor came to me with the holiday deal she found on AT&T’s website.

It’s usually not worth the bother of trading in your old phone when you upgrade an iPhone on the leisurely Leishman timeline. Ordinarily you would expect a trade-in credit of $70 or less for a two-and-a-half-year-old phone. So it makes more sense to hand down the formerly new phone to a sibling, and eventually to a grandparent. However, according to Eleanor, for a limited time only, AT&T was offering a $700 credit if you purchased one of Apple's newly released iPhone 12s and traded in what they deemed to be a “recent” phone – including the iPhone 8.

Eleanor is a notoriously unreliable reporter. Isn’t that an extra zero? Wouldn’t AT&T make me sign up for a new phone line, or sacrifice one of the dogs? But when I read the fine print I couldn’t find the catch. So I went to the AT&T store. The sales guru responded to my questions with with skepticism, assuming that at best we might be eligible for a lesser but still impressive $350 offer. After looking up our account, however, she had to confirm Eleanor’s report.

Some deals are too good to be true. Other deals are too good to resist. When I brought the kids home from the airport on Christmas Day, Eleanor found a surprise box in her stocking. Inside was an iPhone 12. In the fabulous new “Midnight Blue” finish. According to Eleanor, 2020 was The Best Christmas Ever by the Most Important Measure Known To Humanity. 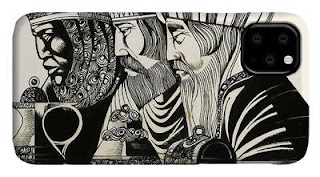 While the kids were visiting their other father in the Midwest, Eleanor did not know that I’d already ordered her new iPhone 12 in time to arrive before Christmas. So all week she texted me with arguments why she “needed” a blue phone. Meanwhile, having just delivered two new phones for the family account, AT&T plied me with relentless propaganda about how much I deserved to upgrade to an iPhone 12 myself.

AT&T’s entreaties fell on deaf ears. I already had a perfectly fine – and green – iPhone 11. AT&T and Eleanor’s insatiable voice of “need” was therefore offset by the voice of responsibility, like a good angel hovering over my other shoulder. (Strangely, the responsible angel sounds just like my mother – the same voice that whispers “Put on a sweater” every time I reach for the thermostat.)

Then Eleanor texted to say I should get her the slightly fancier iPhone 12 Pro, informing me that with AT&T’s irresistible holiday offer all the iPhone 12 models were the same price, and that the iPhone 12 Pro has an even better camera that she “needed” because she’s serious about photography. But as I pointed out to Eleanor, just two weeks earlier she’d spent all her work savings and Christmas money on a fancy new digital Canon camera that’s much more powerful than any smartphone, including the iPhone 12, the iPhone 12 Pro, and even the iPhone 12 Pro Max with its extra telephoto lens.

Then the voice of responsibility had an idea. Who’s the member of the family who takes even more pictures than Eleanor? Me. And who happened to have another trade-in eligible iPhone 8 in the house, because he handed his down to Oliver when he bought a green iPhone 11 last spring?

Meanwhile, earlier that same day I’d seen a flock of tuxedoed Barrow’s Goldeneye ducks swimming by the boardwalk. I was frustrated when the ducks all looked like black dots in my non-telephoto pictures. What if we see an orca? Or if one of my children smiles in public? And what if I want to torture myself by taking high-resolution pictures of the entrancing mountains just across the border in Canada?

So that’s how Oliver got my iPhone 11, and I ended up with iPhone McDreamy. 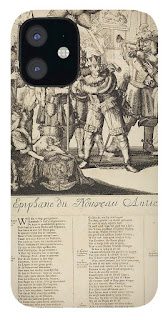 Eleanor did not expect to find a blue iPhone 12 in her stocking when we got home from the airport at 10 pm on Christmas Day. And no one expected me to pick up a blue iPhone 12 Pro Max when we stopped by the AT&T store on Boxing Day to buy phone cases.

One of my friends from Vancouver Men’s Chorus is the earliest of early adopters, always in possession of the iPhone of iPhones. I could never aspire to such opulence or trendiness, even if I weren’t a broke unemployed disabled gay single father. Nevertheless, despite our dire circumstances, my entire family somehow ended the annus horribilus of 2020 with our first set of new or new-ish phones. And for the first time in my life, I have the fanciest iPhone on the market. Capitalism apparently works after all. 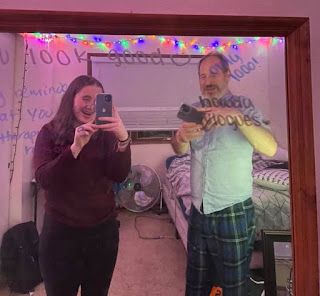