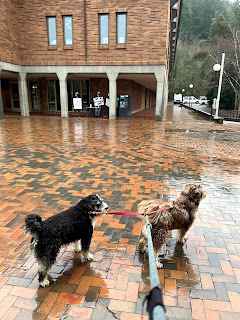 Our house is one block away from Western Washington University. Bear, Buster, and I take a walk through campus most days. The dogs love college students, and vice versa.

Sadly, campus has been deserted since the Covid Zombie Apocalypse began in March. The upside: the dogs enjoy their illicit off-leash frolics in the Quidditch Quad, and even in normally crowded Red Square. 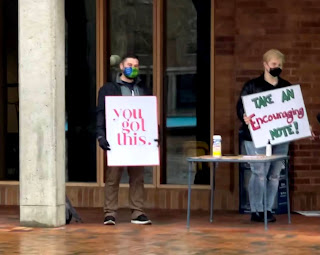 On one of our walks through campus last week we encountered a group of students holding posters. As I wrote earlier this week in “Mind the Gap,” these are trying times of transition. So I was cheered by their message:  “You got this.”

When I asked if the signs were for the dogs and me, the guys laughed and told me they were encouraging students as they started Winter Quarter. I didn’t realize school was back in session after the holidays. Other than the heartening posters, campus still doesn’t look any different to the dogs and me. 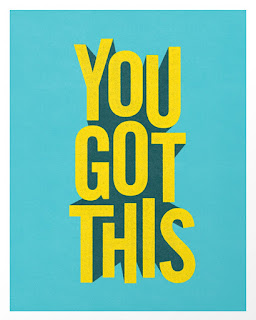 Change is a process, not an event.

One of the most useful books I read last year was Bruce Feiler’s Life is in the Transitions. Feiler interviewed several hundred individuals who had gone through a wide variety of major life changes, such as career shifts, illness, divorce, and gender transition.

Feiler defined these “lifequakes” as “a forceful burst of change that leads to a period of upheaval, transition, and renewal.” He identified several shared themes, and found interesting repeated patterns. Although there’s “no one single way to go through a life transition,” for most people the process involves “the long goodbye, the messy middle, and the new beginning.” On average the transition to a new you takes about five years. In the meantime, life is what happens while you’re busy figuring out a new plan. 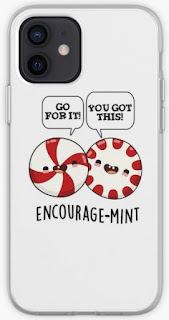 Five years ago this month, I realized that my homophobic, ableist, and incompetent employers were trying to get rid of me. Since then I’ve learned to endure the gap between my old pre-PTSD life and my new post-lawyer reality. Now I’m struggling to see the endpoint to this tectonic period of transition.

It’s not just me. Earlier this month in “It’s Almost Over. That’s the Problem,” Slate writer Susan Matthews asked:

When will it be over?

For a while last year, that question and its possible answer seemed be comfortingly specific—would America vote Trump out in November? That Election Day stretched into a tortuous week ought to have served as a cosmic reminder that there would be no neat “end” to the Trump presidency. But still, even after it became clear that Joe Biden had won the election, even as it was recertified again and again and again, the question lingered. When would the fight over the election results be over? When could we exhale and look forward toward the inauguration, when surely Joe Biden would become president, and whatever the next phase of America will be could actually start? When could we turn away from the dozens of baseless lawsuits, the president’s refusal to face reality, the right wing media’s willingness to say whatever it wants, and move to the next phase, whatever that is?

As the New York Times’ television critic observed, the “steady drip of videos and reports, each bit seemingly more disturbing than the last, has created a feeling of delayed-onset trauma.” 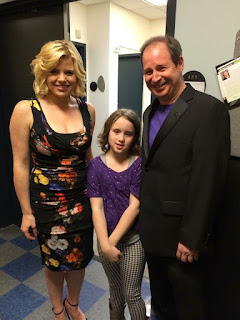 In the NBC series Smash, Broadway veteran/Whidbey Island native Megan Hilty plays an actress who is competing for the part of Marilyn Monroe in a new musical. One of her showstopping numbers is “They Just Keep Moving the Line.” Megan/Marilyn sings:

They cheered at my persistence
But prayed for my decline
The path of least resistance
Led to Hollywood and Vine
I tried to go the distance
But they just keep moving the line. 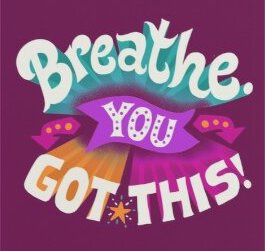 Joe Biden is President of the United States. Kamela Harris is Vice President. Florida Man is awaiting trial. Covid vaccines are on their way. The courts will finally rule on my cases. Zoom School will end. The economy will recover. Eventually the border will reopen and we’ll sing again.

Just breathe. You got this. 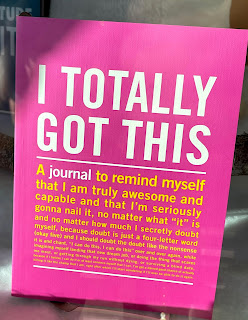