Maybe people with PTSD should just switch to DirecTV 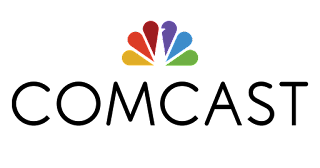 Let me start by saying one of my very best customer experiences in the last few years was with Comcast. Just last month, I whiled away a couple of congenial hours with Eric, their intrepid Nerd Squad representative, when he came to our home to diagnose and then fix a mysterious “degraded cable signal” problem.

I have also endured an alarming proportion of the worst customer experiences of my life at the hands of Comcast and its minion Xfinity. The first happened soon after arriving in Bellingham, when I went to their old service center to exchange a defective cable box. First you had to find the place, which was hidden in a tiny speakeasy at the back of a strip mall. During the busy lunch hour, Comcast staffed the crowded counter with a single inept agent. By the time I made it to the front of the line I had a long list of management tips to share.

My second dreadful experience came after Comcast opened a spacious and convenient new Bellingham customer service center. This time it felt more like Sartre than Kafka – you took a number and sat on an uncomfortable chaise lounge, then watched Leni Reifenstahl propaganda films about the glories of Xfinity’s immersive total entertainment experience, on an endless loop, while everyone ignored you. For hours.


Third, let me tell you about the recent series of unsatisfactory phone calls that lead to helpful Eric’s arrival on my doorstep with his tools and carpet-protecting plastic booties. Several weekends ago, all the cable channels except for the local broadcast stations suddenly stopped working. I spent an hour each evening Friday, Saturday, and Sunday on the phone with Comcast, discussing various fascinating theories about why hundreds of channels might suddenly disappear.

Everyone was unfailingly polite, but utterly useless. On the second night, the earnest foreign man managed to remotely paralyze the cable box. We couldn’t even get the broadcast channels any more. This was particularly unfortunate, because the season finales of all our favorite shows were coming up that week on the CW network. It’s hard enough to be a single parent, without having to explain to your disappointed children how Comcast trapped the Flash and Supergirl together in some kind of television-free Phantom Zone.

On the third night another nice man on the phone tried valiantly, but eventually he had to admit we needed a house call. Unfortunately, my phone died before we could finish the confirmation process. Nevertheless, without telling me, he helpfully scheduled Eric's visit for the following week – after our finales had already aired, and on a day when we would be out of town. I found out about my unwelcome appointment from a Comcast robocall. Fortunately, we were able to reschedule the aforementioned exemplary service visit for the very next afternoon. The whole family got to eat popcorn and watch the Flash save the universe one last time before new episodes begin again in October.

Finally, Comcast has the dubious honor of providing my first customer service experience to trigger a full-blown PTSD episode.

Our house in Bellingham is part of an intergenerational urban oasis. We share a lush acre-plus garden with a second house across the pond, where my retiree landlord and several boarders live. Each month Carl leaves a post-it note on my desk lamp with his mysterious calculation of each tenant’s share of the various communal utilities. His handwriting is illegible, so it was several months before I figured out one of the squiggles said “Comcast.”

When I moved in two years ago, I transferred my Comcast account from our Seattle apartment up to the Bellingham house. Comcast kept taking my same old monthly payment. Meanwhile, Carl was paying Comcast (and then charging me) for the same exact same internet and television service, at the exact same address.

I decided the best approach would be for me to call Comcast customer service. I was utterly calm when the phone call started.

As usual, I encountered the confusing automated interface, the predictable dropped calls, the dizzying bounces -- first from one hapless phone center employee to another, then to increasingly senior but decreasingly polite Comcast bureaucrats. I endured it all with equanimity. It’s Comcast, what do you expect?

We passed the hour mark. Admittedly I became agitated when a second person insisted my landlord’s privacy rights prevented Comcast from revealing whether another account might be sharing my same address. Perhaps he would have done better to invoke Comcast’s Fifth Amendment right against self-incrimination.

I tried a hypothetical. Surely Comcast would agree that separately charging two different customers for providing exactly the same service to exactly the same location at the exact same time might be problematic?

I don’t recall his exact answer. Apparently I profanely ended the call.

So should people with PTSD switch to DirecTV? Maybe. (I’m a lawyer, did you expect a yes or no answer?)

First, it probably depends on your triggers. I’ve met other PTSD survivors who definitely have a toxic reaction to execrable service. Probably to merely dreadful service as well. They should consider cutting the cable cord, for everyone’s sake.

My hypothesis for myself is I react excessively only to terrible service with a reality-denying totalitarian bent, not your day-to-day consumer abuse. Surely lightning won’t again strike the same poor unemployed disabled gay single father / Comcast customer? [Ed. note. Don’t answer that.]

Second, it depends on your statistical expectations as you go out to face the world. In my case,
I can report a 25/75 split between gushingly good and blisteringly bad customer service from Comcast.

In baseball, a .250 batting average can be lucrative. However, we’d need to know a lot more about you before discussing Hall of Fame potential.

A 75 percent likelihood of failure is daunting if you judge every challenge in life as if you’re shooting a free throw shot in the Final Four. Or if one A-minus on your report card results in cutting or purging. (As a recovering perfectionist with a 3.98 college GPA, trichotillomania, and an eating disorder, I can say things like that. Kathy Griffin probably shouldn’t.)

Unfortunately, Bellingham is a one broadband town, with no real alternative to Comcast. My kids  claim they have classmates who have called Child Protective Services on their parents over slow wifi. I fear Comcast will be furnishing additional data soon about the correlation between abusive customer service and PTSD.