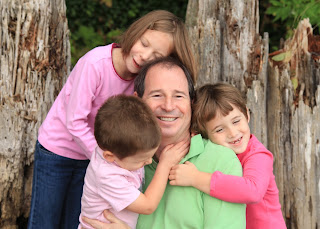 Yesterday I wrote about Shawn and Carrie, the dishonest Nebraska couple we supported during her pregnancy ten years ago, only to find out they’d sold the baby to someone else.

I hadn’t planned on following up about their tawdry episode, but I was surprised by a couple of my friends’ very strong reactions to the story.  One was sad, and the other was furious.

Their reactions made me realize I had moved on long ago – to me, the Nebraska story is just an amusing anecdote about the bumpy road to adoption. I don't remember writing the Dear Baby letter I found on my computer recently. I completely forgot we had reached the point of giving him a full name – “Henry” and “Graeme” were indeed our top boy baby names. (Later we gave those names to the two little boys who were placed with us in turn, only to be taken away.  I’ll tell their stories eventually.)

I also can’t remember the pain I described in my Dear Baby letter, or even how I felt when Graeme [Ed. note:  no spoilers].  All I remember now is my heartbreak when Oliver’s adoption fell through after he had lived with us for several months. That knocked memories of lesser pains away forever.

But the real reason I am unmoved as I describe various failed adoption attempts is I have no regrets about anything before Spring 2011. 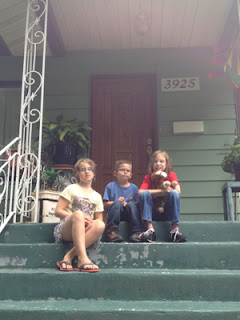 Our family’s favorite television show is The Flash. It has perky heroes and dastardly villains, and a fundamental optimism about life even in the middle of tragedy. Like many movies and TV shows these days, The Flash is filmed in Vancouver. This winter Eleanor diligently researched online to figure out where The Flash’s major locations were filmed, and we made a minivan pilgrimage to sites around the city.

It turns out that Barry Allen, who eventually becomes the Flash, grew up on the same street as me. He was at 2757 Cambridge Street, and I was up the hill at 3925 Cambridge Street. We both tragically left our beloved childhood homes at age twelve -- his mom was killed by a speedster villain from the future and his dad wrongly imprisoned for her murder, while my parents thought it would be a good idea to move to a small town in Utah for five years and ruin my life. So basically the Flash and I have the same origin story.

One of The Flash’s major themes is our relationship with the past and future. If you run as fast as the Flash you can go back in time. And forward. Barry and Team Flash are always agonizing about when you’re allowed to go back and change the past, and the potential consequences for the present and future. If you’re a fan of Doctor Who, you already know there are certain fixed points on the timeline of the universe that cannot be altered or revisited, even by a Time Lord.

This season on The Flash, Barry went back to the past and created an alternative timeline, called “Flashpoint,” where his mother was never murdered or his father imprisoned. Barry spent a few idyllic months living the family life he never knew. Then the whole universe fell apart, and Barry realized by creating Flashpoint he wrought havoc on everyone around him.

The most important fixed point on my own timeline occurred in Spring 2011, when we salvaged Oliver’s adoption.

Since 2011, I have made numerous mistakes I would reverse if I could. I have been beset by plagues I would avoid if I had the Flash’s timetraveling abilities. I would love a do-over.

I also made a lot of mistakes before 2011. I suffered trauma that still haunts me. But I would not change a single moment that led me to my daughters and son. 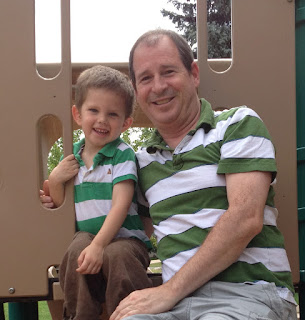