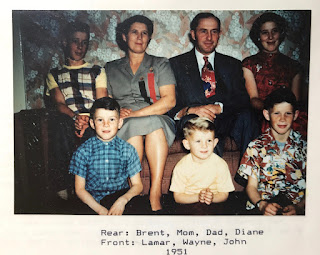 Like me, my father is one of four brothers.

I have already transmitted to my children an important piece of lore that says a lot about our family. Years ago, during a gathering of my father’s generation (I was not present), the topic come up about how men generally hate to ask for directions. Leishman men are pathologically afflicted with this.

I don’t remember whether each characterization was volunteered by the brother himself, or assigned by his wife and family. But this is how the legend goes:

For Brent, a trip is a success if he never has to put the car in reverse.

For LaMar, a trip is a success if he never has to ask for directions.

For John, a trip is a success if he never has to ask for directions from Marcia [i.e., my mother].

In the story, my Uncle Wayne doesn’t go on a trip because he wasn’t at the sibling gathering. Wayne was always the outlier – running away from the farm during Vietnam to join the Navy, letting go of the Mormon Church, getting divorced decades ago, and dying too young three years ago.

During my Fourth of July daytrip to Vancouver with the kids, a dispute arose over where we had parked our minivan in the mall parkade. Although exceptionally stubborn themselves, my daughters have broken with the rest of the family’s refusal to rely on the kindness of strangers. Eleanor argued she’s more useful than me because she will just ask for directions. I disagreed, because unlike her I can expertly read maps and have an actual sense of direction. She would be utterly useless if we were alone in the mall during the rapture or zombie apocalypse. I also pointed out that in theory I could always ask for directions myself, although I can’t imagine it ever coming to that.

After I gave up on finding an actual map of the mall, we attempted to navigate the newfangled zooming 3D touchscreen mall directory. (Admittedly my iPhone-addicted-from-birth children have a generational advantage here). I started telling them the story of my father and uncles each going on a trip. Eleanor rolled her eyes and interrupted me, pointing out I’d already told them the story. But then she shared a couple of family secrets I never knew.

My three brothers are married to women who are unlike us in many ways, which probably gets much of the credit for their long and happy marriages. Two years ago when Brian and Sarah were visiting from Boston, Sarah took Eleanor and her cousin shopping.  Sarah has lived back east for a decade.  But she grew up here, and insisted she knew the best way to the premium outlook mall, refusing to listen to my daughter or ask for directions. Eleanor claims the 45 minute trip took two hours, but she is known to exaggerate.

More recently, my mother was dropping the kids off somewhere here in Bellingham and got off track.  According to Eleanor, Grandma similarly refused to listen to the kids or ask for help. Apparently our directional stubbornness is so powerful it eventually rubs off on the in-laws.

In the end it was Oliver who remembered how to retrace our steps to the car without having to interact with strangers. He’s definitely a Leishman brother.

I shared this story with my mother and daughter before posting it. After 25 years with the ACLU, I don’t believe in prior restraint of free speech. Nevertheless, with family stories it’s fair to give your loved ones a reasonable chance to correct glaring factual errors. And a chance for you to gather additional material.

My mother started by saying she didn’t remember the alleged event, and immediately confronted my daughter to figure out what trip she was talking about. Eleanor was unsure, but kept providing additional blurry details (who was in the car, where they were going, whose car they were in) that made less and less sense. I’m not on the jury here. But I’m an experienced lawyer and parent, and I learned long ago Eleanor is a charming and genuinely sincere fabulist. Just sayin.

However, I am also an experienced lawyer and son. And I noticed Grandma did not deny such an event might have occurred. From time to time.

Next week my brother’s family makes their annual pilgrimage to Bellingham and Vancouver. We will have an opportunity to interrogate Sarah about Eleanor’s story, and find out about her approach to driving. Perhaps I have leapt to a premature conclusion – wives of Leishman brothers lose their ability to ask for directions – by generalizing from too small a sample. (See my prior blog post about this common fallacy, Hasty Generalizations.) Perhaps the men of the family are not contagious, but merely attract (or are attracted to) partners who share this particular trait with us. On the other hand, maybe Eleanor is just an unreliable narrator. 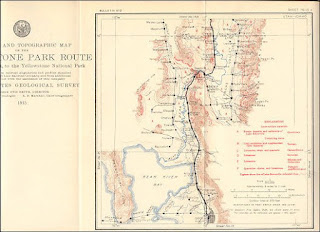