What I’m Listening To Right Now

I will always be grateful Donald Trump won the election.

Shouldn’t even the most toxic orange cloud have a smear of silver lining?  I’m a prisoner of hope, always trying to figure out a way to brew something vaguely resembling lemonade from the sourest lemon.

Like Candide and Cunegonde several chapters into their travails, however, I admit my cock-eyed optimism has been sorely tested by various disasters over the last few years.  I’ve tried to think of a positive takeaway from the United Russia Party’s narrow electoral college victory.  This is what I came up with:

Without Trump in the White House, I might never have learned FM radios can receive stations other than NPR and CBC.  (I was already familiar with the AM button, which takes you to KOMO’s regular updates about Seattle’s hellish traffic, every ten minutes on the fours.)

The November 2016 election came near the nadir of my slide into serious depression last year.  I needed to give up some of my unhealthy habits, like neglecting to eat or get out of bed during the weeks when the kids were with my ex.  In particular, I had to stop compulsively following apocalyptic political coverage on NPR, and on websites like The New York Times, Slate, and Nate Silver’s 538.  So I unplugged from the news.

It turns out you will hear dreck up and down the FM dial – commercials, preachers, country, rap, soft hits, and morning zoos.  This was even worse than wallowing in All Things Considered.

Then I remembered KING FM, one of the Bullitt family’s generous gifts to the Seattle community.  A clear-channel nonprofit classical music station broadcasting at 98.1, with an exceptional playlist, no news, and very little talking.  The minivan is a happy place once again. 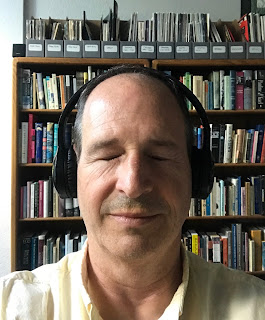 I have a passing knowledge of classical music and enjoy attending the symphony or opera, but I’ve always been more of a theater person.  When I tuned in to music, my favorite songs tended to be Tin Pan Alley standards, show tunes, twee singer-songwriters favored by some ex, or 80s pop.  NPR played in the background when I tuned out.

At home, KING FM now plays all day on the computer and living room speakers.  For the first time in my life, I’ve found classical music to be the ideal inspiring background for writing, reading, housecleaning, lawyering, and just about everything else of importance.  (Other than when the kids are here.  But they’re usually plugged into their own earbuds anyway).

·      There’s the audio feed for the radio broadcast itself, but I save that for the car.

·      There’s the “Evergreen Channel.”  Its playlist offers the dentist’s office / soft hits version of the comfort-food classical canon on a continuous loop.  Meh.  I just get bored or fall asleep.

·      There’s “Second Inversion.”  You will hear edgier, more contemporary classical music.  I can handle only a smidgeon of this musical genre in my personal playlist.  Within minutes of putting this channel on as background music, I become agitated and start pulling my hair out.

Instead, for the last three months I have been listening nonstop to a channel that is a joint venture between KING FM and the Seattle Symphony.  No distracting words.  Perky but not anxious pace.  Music that resonates with your DNA because it is among the greatest achievements of civilization.  Conclusive proof humans managed to contribute something beautiful before destroying the planet. 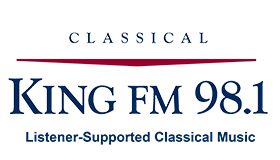